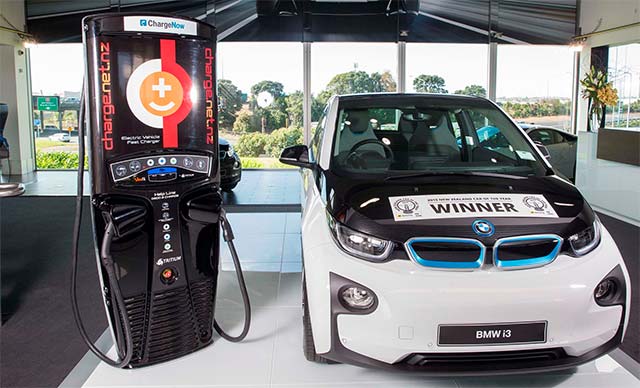 BMW Group New Zealand has announced it will partner with Charge Net NZ to help stimulate the installation of a network of fast-charging EV stations.

More than 100 stations will be installed across New Zealand, providing nationwide fast-charge coverage, by the end of next year.

Supported by an investment from BMW AG in Munich, New Zealand was on track to become one of the first nations in the world where it would be possible to drive around the entire country using purely electric power, BMW New Zealand managing director Florian Renndorfer said in a statement.

New Zealand is one of the most electric vehicle-ready countries in the world, with 80 percent of the country’s electricity generated from renewable sources. That positions New Zealand second on the planet. Charge Net NZ is providing 100 percent renewable energy into their charging stations.

The Government has set a target of doubling the number of electric vehicles in NZ every year to reach 64,000 by 2021 (about 2 per cent of NZ’s current light vehicle fleet).

Electric vehicle drivers will be able to fast-charge their cars at these stations around the country using the BMW-Charge Net NZ-branded Charge Now card, which operates as a debit card. Charging at a Charge Net DC charging station takes around 30 minutes to reach 80 percent capacity.