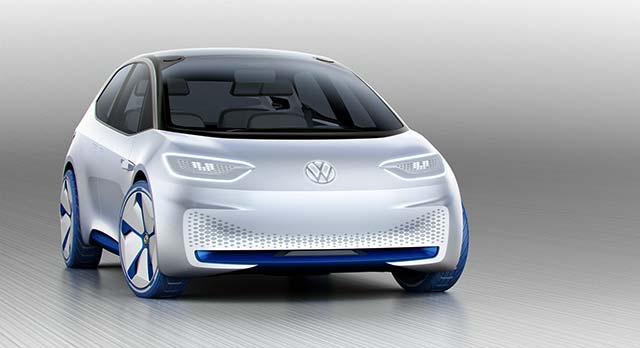 Volkswagen has just revealed first images of its upcoming electric car concept on the eve of the 2016 Paris Motor Show.

Volkswagen confirmed that its upcoming 373-mile all-electric car will be named the Volkswagen I.D. It will be launched as a compact electric car in 2020 parallel to the new Golf. 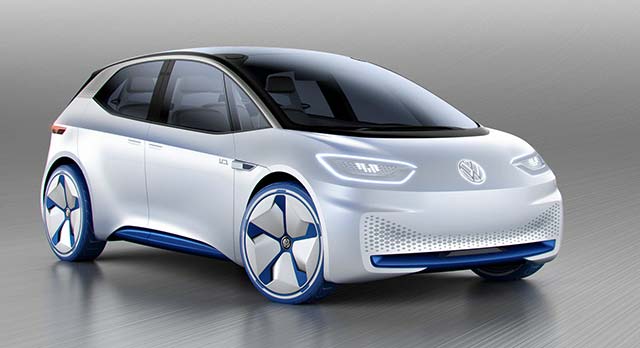 According to German carmaker, the I.D. will be the first Volkswagen in a completely new fleet of ‘highly innovative electric vehicles’.

World premiere of the I.D. starts the countdown to a new era for Volkswagen. Volkswagen plans for the visionary I.D. to hit the road in 2020.

An ambassador: the I.D. is the first Volkswagen of a new fleet of electric cars.

Ready for the future: the I.D. concept car demonstrates a fully automated mode for the year 2025.

Key facts – the I.D. in keywords
1. I.D. is the first Volkswagen in a completely new fleet of highly innovative electric vehicles.

2. I.D. is immediately recognizable as a zero-emission vehicle thanks to a newly developed design DNA for electric cars.

3. I.D. is driven by an electric motor with an output of 125 kW and has a range of between 400 and 600 kilometers on a single battery charge.

4. I.D. has an interior that offers an entirely new spatial experience with the Open Space.

5. I.D. will be launched as a compact electric car in 2020 parallel to the Golf.

6. As a concept car, I.D. gives us a first tangible glimpse of fully automated driving – this mode will be offered from 2025 onwards.

7. I.D. retracts its multifunction steering wheel into the dashpad when in fully automated mode (“I.D. Pilot”).

8. I.D. can receive parcels using a new delivery service, if its owner isn’t at home.

9. I.D. is the first compact Volkswagen based on the Modular Electric Drive Kit (MEB).

10. Volkswagen has set itself the goal of selling a million electric cars a year by 2025. 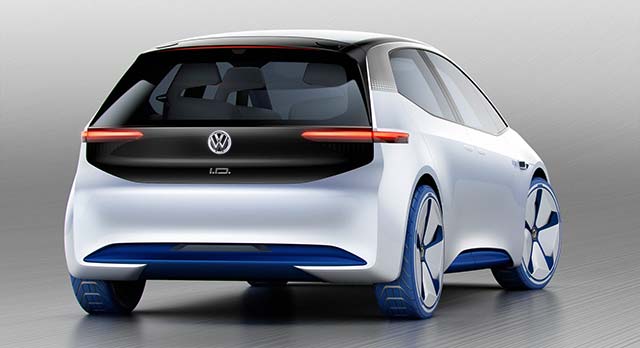 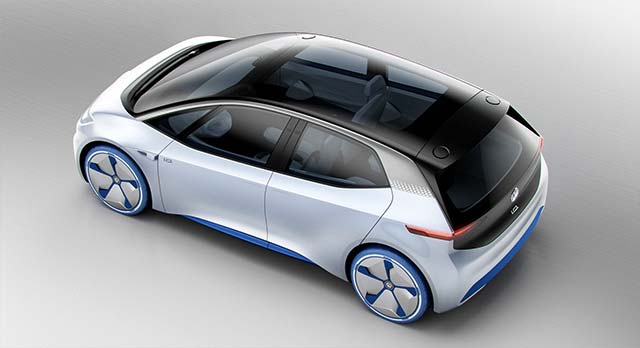 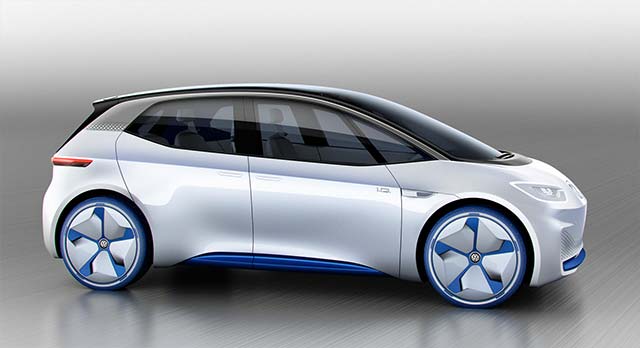 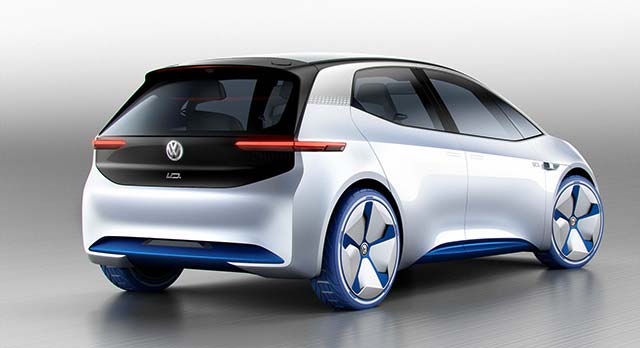