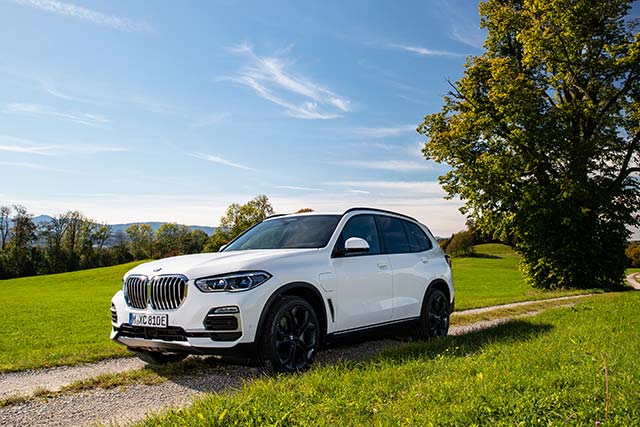 As expected, BMW Group sales figures for the first six months of this year were impacted by the effects of the temporary closure of retail outlets worldwide.

The company delivered a total of 962,575 (-23.0%) premium BMW, MINI and Rolls-Royce vehicles to customers worldwide in the first half-year.

“We are following the development of global demand very closely and continue to plan for various scenarios so we can respond quickly as regions around the globe recover from the coronavirus pandemic at different speeds,” said Pieter Nota, member of the Board of Management of BMW AG responsible for Customer, Brands and Sales. “We are seeing a positive development in China, where our second-quarter sales were once again higher than in the previous year,” underlined Nota. “Demand for our electrified vehicles also outperformed the market trend in the first half of the year. Our wide range of plug-in hybrid models and the new fully-electric MINI are in high demand among our customers,” he added.

In the first half of the year, a total of 61,652 (+3.4%) electrified BMW and MINI vehicles were handed over to customers.

The BMW Group began early with the systematic electrification of its vehicle portfolio. The BMW Group already offers plug-in hybrid models in all relevant vehicle segments and occupies a leading role in Germany and worldwide. Against this background, the company welcomes Germany’s economic package and expects to benefit from this stimulus, especially through incentivisation of electrified vehicles. Production of the fully-electric BMW iX3 will begin in a few months. Next year, electrification of the model line-up continues with the fully-electric BMW i4 and the BMW iNEXT. The BMW Group aims to have a total of 25 electrified models on the roads by 2023 – more than half of them fully electric.

The BMW Group has also continued to refresh its model range and presented the new generation of its sporty two-door BMW 4 Series Coupé in the premium mid-size segment in late May. The new BMW 5 Series has also been on the market since June, with numerous design and technology innovations that underpin its leading position in the premium upper mid-size segment. THE 5 offers the largest selection of plug-in hybrids in the BMW portfolio, with five model variants.

The MINI brand’s young electrified product line-up also had a positive impact on sales figures. In the first half of this year, a combined 8,587 units (+4.1%) of the plug-in hybrid MINI Cooper SE Countryman ALL4 and the fully-electric MINI Cooper SE were sold.

Germany
The BMW Group’s domestic market saw a positive trend in new orders – in particular, for electrified vehicles – at BMW, and especially MINI. A total of 116,255 BMW and MINI vehicles (-29.1%) were sold during the first six months; 10.8% of these were electrified.

Europe
In the Europe region, a total of 372,428 (-32.3%) BMW and MINI vehicles were delivered to customers between January and June of this year. With 40,734 BEVs and PHEVs sold, the percentage of electrified vehicles stood at 10.9%. With very limited exceptions, all retail outlets in the region had reopened by the end of the first half-year.

North America
The situation in the US remains mixed and varies from state to state. By mid-June, all retail outlets had reopened for the first time since early March. A total of 133,844 vehicles (‑30.6%) were delivered to customers in the first half of the year; of these, 121,657 (-29.6%) were BMW brand vehicles.

China
In China, sales for the first six months of the year totalled 329,069 vehicles (-6.0%). Sales in the second quarter were already 17.1% higher year-on-year. This continues the positive trend pointing to recovery in this market since March.