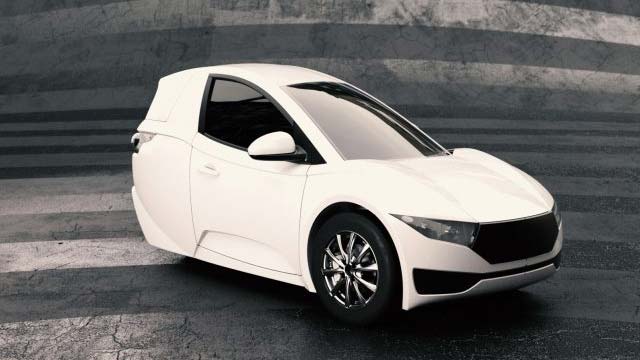 The SOLO EV could go on sale as early as November pending approval by U.S. and Canadian regulators. The SOLO retails at $19,888 in Canada, which is approximately $15,500 in US dollars using today’s currency conversion rate. Two hundred people have already put down a refundable deposit of 250 Canadian dollars ($193) to get the SOLO, Electra Meccanica spokesman Jeff Holland said.

The idea for the SOLO spawned when CEO Jerry Kroll, founder of Kleen Speed Technologies, first started developing advanced electric race cars at the NASA Research Park in Mountainview, California in 2007. Kroll was joined by long time automotive friend Henry Reisner, President of Intermeccanica Inc. to develop a fresh, new EV concept and the first Electra Meccanica prototype was completed in January of 2015. 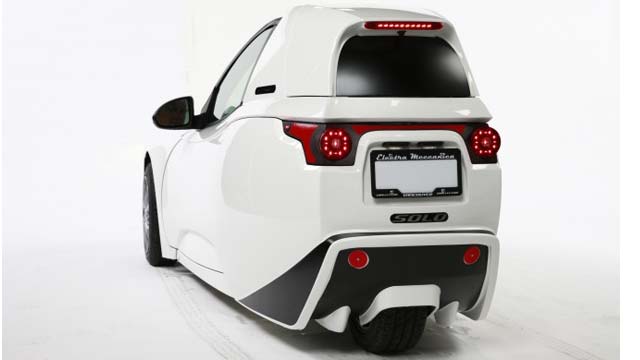 With decades of car building expertise, Electra Meccanica’s COO, Henry Reisner, is clear on his impression of the new SOLO. “It has appeal for driving enthusiasts, practical commuters and the environmentally conscious,” said Reisner. “We believe the SOLO will become the commuter vehicle of choice for the masses. The vehicle is non-polluting, very economical to operate and people will have a heck of a good time driving it too.”

The SOLO’s purpose-built design took into consideration that approximately 80 percent of people commute to and from work alone in their personal vehicle. And with the average daily round trip commute being less than 60 km (40 miles), the SOLO likely won’t require a charge between home and office due to its 160 km (100 mile) range.

Powering the SOLO is a 16.1 kWh lithium ion battery and the drive system is tuned for enthusiastic driving. The chassis is made of a composite aerospace lightweight material combined with an aluminum drivetrain which both contribute to an overall vehicle weight of approximately 1,000 lbs. 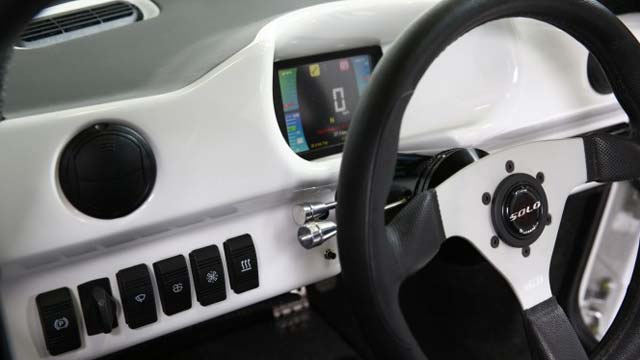 The SOLO design team used data from wind tunnel simulations to achieve greater aerodynamic efficiency giving it a drag coefficient of 0.24, which is less than the Chevrolet Corvette and Porsche 911.

The SOLO also comes with a universal power connector which enables connection at both quick charge and standard stations. From zero to full charge, the highly efficient battery system requires only three hours of charging time on a 220 volt charging station and approximately twice that on a 110 volt system.

The AC synchronous electric motor powers the SOLO’s rear wheel creating 140 lb-ft of torque and a top speed of 130 km/h (80 mph) for spirited driving on the open road. The single seating configuration provides a fun-to-drive experience not found in any other vehicle and the 82 hp powerplant accelerates the vehicle from 0-100 km/h (0-60 mph) in under eight seconds. 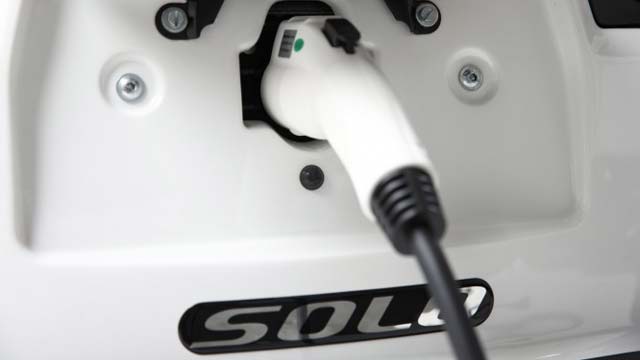 The SOLO comes standard with 15″ aluminum alloy wheels in either Anthracite Grey or Platinum Silver and they are fitted with 155-60 R15 (Front), 175-55 – R15 (Rear) Continental all-season tires.

On the exterior, the SOLO is equipped with bi-halogen headlamps, daytime running lights and heated mirrors for a driver-centric view of the road. Stopping power comes courtesy of all-wheel disc brakes supplied by Wilwood and an electric parking brake.