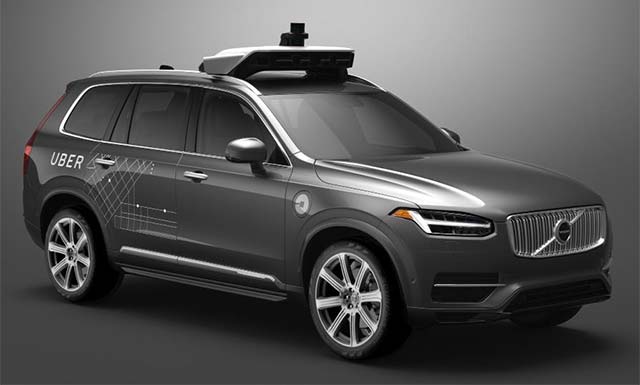 The two companies have signed an agreement to establish a joint project that will develop new base vehicles that will be able to incorporate the latest developments in AD technologies, up to and including fully autonomous drive cars.

The base vehicles will be manufactured by Volvo Cars and then purchased from Volvo by Uber. Volvo Cars and Uber are contributing a combined USD300m to the project.

The Volvo-Uber project marks a significant step in the automotive business, with a car manufacturer joining forces with a new Silicon Valley-based entrant to the car industry, underlining the way in which the global automotive industry is evolving in response to the advent of new technologies. The alliance marks the beginning of what both companies view as a longer-term industrial partnership.

The new base vehicle will be developed on Volvo Cars’ fully modular Scalable Product Architecture (SPA). SPA is one of the most advanced car architectures in the world and is currently used on Volvo Cars’ top-of-the-line multiple-award-winning XC90 SUV, as well as the S90 premium saloon and V90 premium estate.

SPA has been developed as part of Volvo Cars’ USD11bn global industrial transformation programme, which started in 2010, and has been prepared from the outset for the latest autonomous drive technologies as well as next-generation electrification and connectivity developments. It is these capabilities that attracted Uber to Volvo.

The development work will be conducted by Volvo Cars engineers and Uber engineers in close collaboration. This project will further add to the scalability of the SPA platform to include all needed safety, redundancy and new features required to have autonomous vehicles on the road.

In a related news, Uber also announced it has acquired Otto, a 90-plus person technology startup the stated mission of which is to rethink transportation, starting with self-driving trucks. Anthony Levandowski, Otto’s co-founder, will now lead Uber’s self-driving efforts and report directly to Travis Kalanick, Uber CEO and Co-Founder—across personal transportation, delivery and trucking—in San Francisco, Palo Alto and Pittsburgh.

Otto hardware and software is tuned for the consistent patterns and easy-to-predict road conditions of highway driving. Sensors are installed high atop existing trucks, offering vehicles an unobstructed view of the road ahead. Highways represent only 5% of US roads, allowing Otto to focus its testing on this specific set of critical trucking routes.