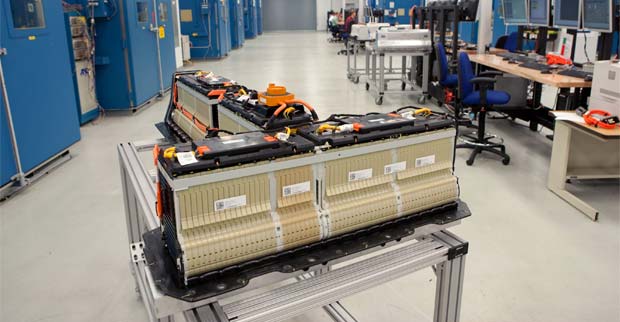 The rising battery capacities of PEV models have increased battery production even when sales of battery packs are down. Following the introduction of mass market PEVs in 2011, the total battery capacity sold increased nearly tenfold from 0.4 to 3.8 million kW-hrs by 2015.

As a result, the total battery capacity sold for PEVs is much higher than it is for HEVs despite lower PEV sales volumes. 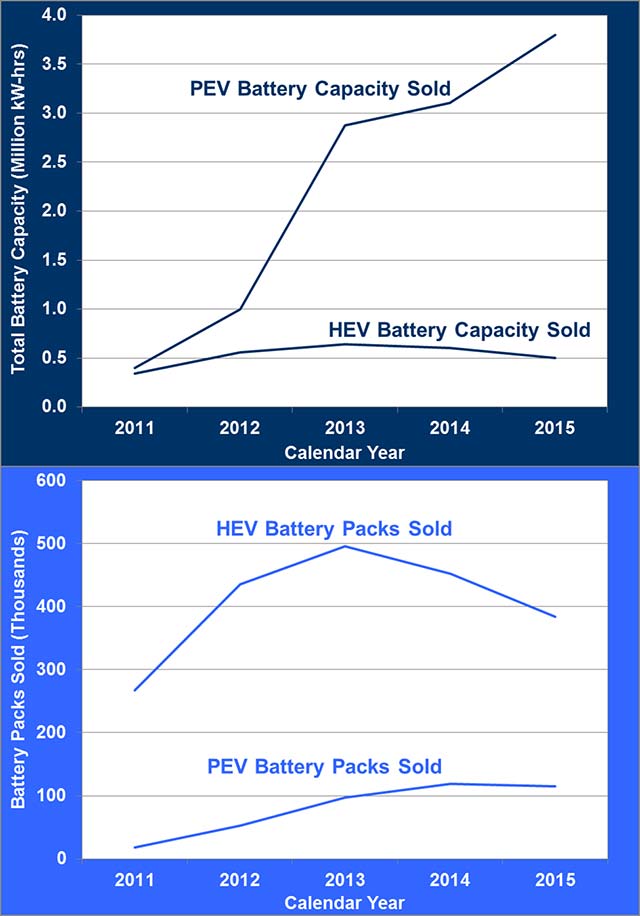