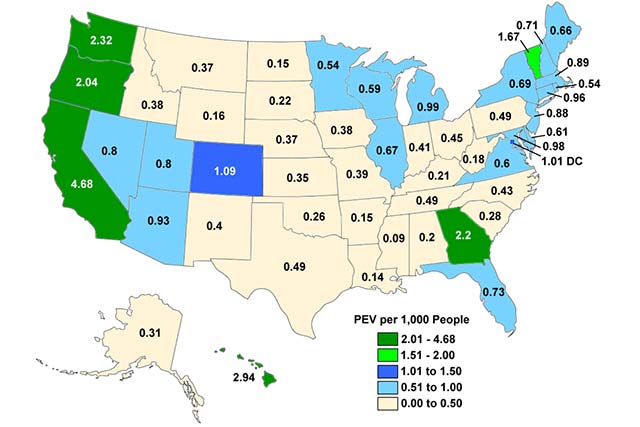 In 2015, there were five states with more than two plug-in vehicles (PEVs) registered per 1,000 people.

Georgia is the only eastern state with over 2 PEVs per 1,000 people, likely due to generous state incentives that were offered until the summer of 2015. Mississippi had the lowest concentration of PEVs, but all 50 states and the District of Columbia had at least some PEVs, according to the figures compiled by the US DOE.