nanoFlowcell says electric cars should be refueled, not recharged 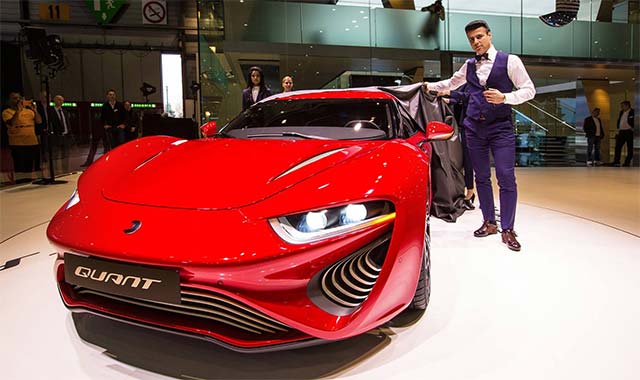 Electric cars have too little range and they shouldn’t use batteries that can be recharged, because a public charging network is “a dead end.”

According to Chief Technology Officer of nanoFlowcell Holdings Ltd and inventor of the nanoFlowcell energy storage technology, Nunzio La Vecchia, electric mobility can be executed in a less complicated and costly way.

In a most recent blog post, Full Speed Ahead Up a Dead End, the company says that conventional gas tanks can more cheaply be retrofitted to carry the liquids than the cost of building plug-in vehicle recharging stations. Additionally, a nanoFlowcell-equipped vehicle can be filled up in about five minutes.

Electric vehicles driven by nanoFlowcell operate just like conventional electric vehicles and, at the same time, like vehicles with traditional internal combustion engines. The fundamental concept of an electric vehicle is retained, only the energy source changes. Instead of a bulky and, at an average of 700 kg, incredibly heavy lithium-ion battery pack, we have the shoebox-sized nanoFlowcell and two fuel tanks containing around 150 litres of bi-ION electrolyte liquid.

Just like a vehicle with a regular combustion engine, the nanoFlowcell needs fuel. In this case, it takes the form of electrolytes – positive and negatively charged electrolyte liquids that react inside the nanoFlowcell and release electricity. Moreover, in contrast to conventional fuels, the bi-ION electrolyte liquid isn’t explosive, flammable or harmful to the environment, and can be refilled into the system just like any other fuel.

The idea would require a network of fueling stations, but the company suggests existing gas and diesel stations could be easily retrofitted, instead of building expensive, specific units like plug-in vehicle recharging stations.