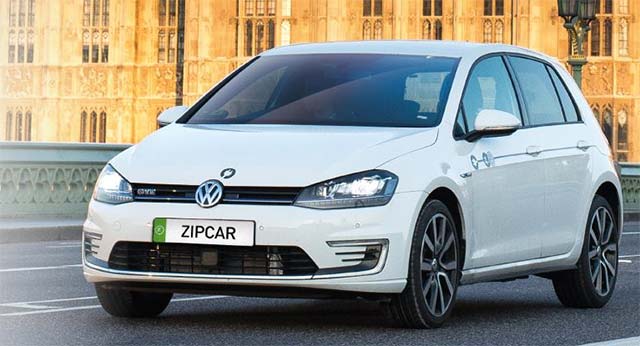 Zipcar announced the roll out of 50 new plug-in hybrid cars as part of a new partnership with Westminster City Council and Volkswagen UK designed to bring premium zero-emission driving to Londoners at an affordable price.

Fifty Volkswagen Golf GTE plug-in hybrid cars are now available to Zipcar members, with 40 cars located in the City of Westminster and 10 additional cars elsewhere in London, such as Tower Bridge and Old Oak. To make this possible, Westminster City Council has installed new charging infrastructure in 40 of their car club parking bays.

By making the Volkswagen Golf GTE available to Zipcar members at the same hourly rate of £7 per hour as a petrol Volkswagen Golf, members have another compelling reason to choose zero-emission vehicles for their urban trips. It will also mean thousands of Zipcar members will experience electric driving for the first time.

The Car Club Strategy for London announced last May by London Councils, GLA and TfL targeted 50% of car-share fleets to be electric vehicles by 2025.