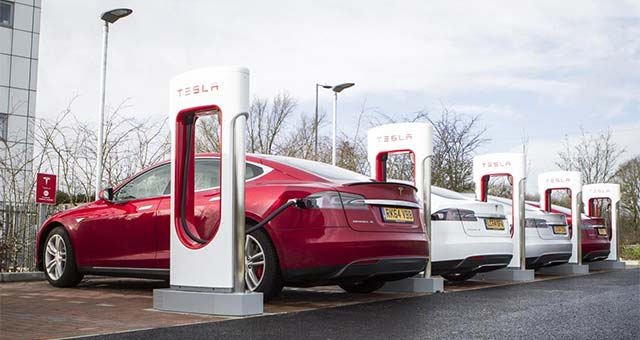 A new study from Juniper Research forecasts that nearly 17 million hybrid and electric vehicles will be on the road by 2020, up from an estimated 12 million last year.

Juniper believes that stakeholders primarily need to establish the viability and desirability of electric vehicles with consumers, and adopt an aggressive market strategy

Juniper believes that stakeholders primarily need to establish the viability and desirability of electric vehicles with consumers, and adopt an aggressive ‘go to market’ strategy including the rolling out of a wide-scale public charging infrastructure that is seen as both ongoing and committed; improving vehicle battery life and range per charge; and conducting effective consumer education campaigns, with attractive incentives to change.

The new research, ‘Hybrid and Electric Vehicles: Consumer and Commercial Markets’, found that electric car manufacturers are prioritising ‘range’ as the key issue. OEMs, such as Tesla and Chevrolet understand that ‘range anxiety’ is the greatest hindrance to the adoption of electric vehicles. In order to meet the expectations of the combustion engine vehicle market, Tesla and Chevrolet have focused their efforts towards ensuring that their models’ mileage range can exceed 200 miles on a fully charged vehicle.

The top ranked manufacturers were:

Additionally, the research highlighted the urgent need to invest in consumer education focusing on the capabilities and benefits of electric vehicles, as well the need for an aggressive investment plan to install public charging outlets on all major routes.

It recommended that OEMs take an active role in this education process, investing in campaigns to communicate the capabilities and benefits of electric vehicles in order for them to be viewed as a real alternative to combustion engines.