Global Plug-in Car Sales Surpasses Half A Million In 2015

Nearly 200 000 Plug-ins were sold in Q4 alone, according to new figures from EV-Volumes, an EV sales database and consultancy.

Admittedly, some special events inflated the quarter 4 results much beyond the trend of Q1-Q3. There was the run on plug-in hybrids in the Netherlands and Sweden (lower incentives for 2016), the boost in mini-EV sales in China (lower subsidies, depending on range) and the Tesla hype in Denmark (revised tax exemption schemes), to name the most significant.

The healthy global growth during 2015 is the more impressive as it came from 2 regions only: Europe and China. Sales in Europe doubled and they more than tripled in China, while contracting by 4 % in USA. The Volt change-over, declining sales of the aging Leaf and the complete absence of SUVs during most of the year left a visible dent in the US sales records. For Japan, 2015 was a lost year for plug-in sales.

You can find more much more details EV-volumes.com. 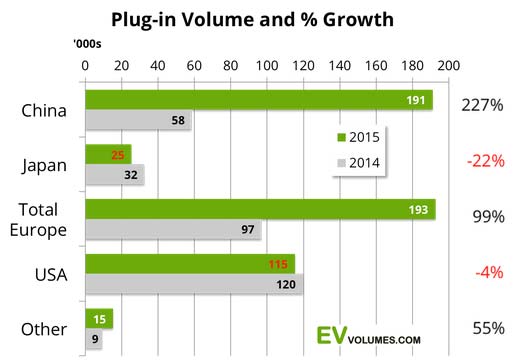 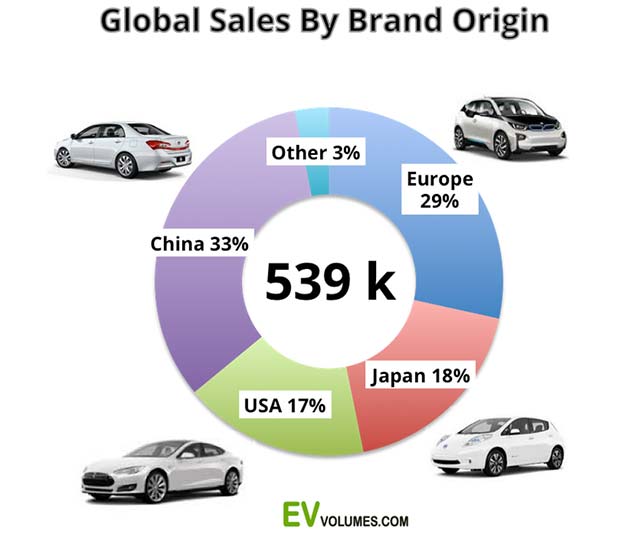 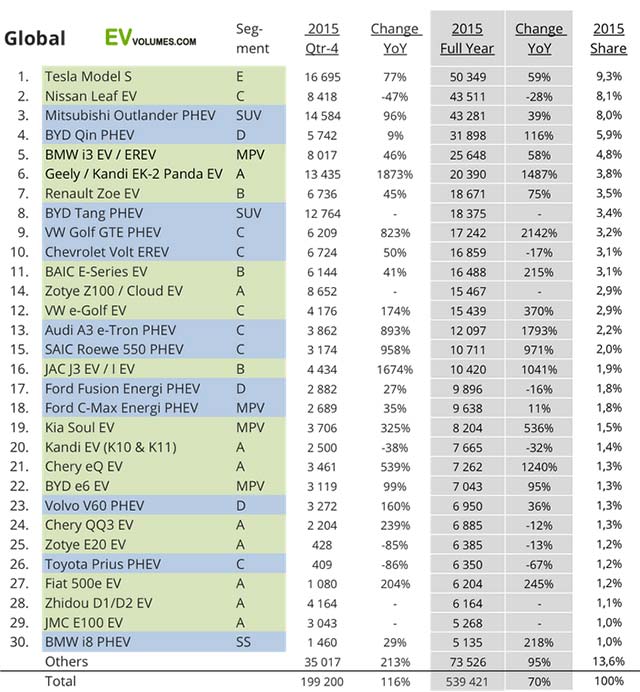