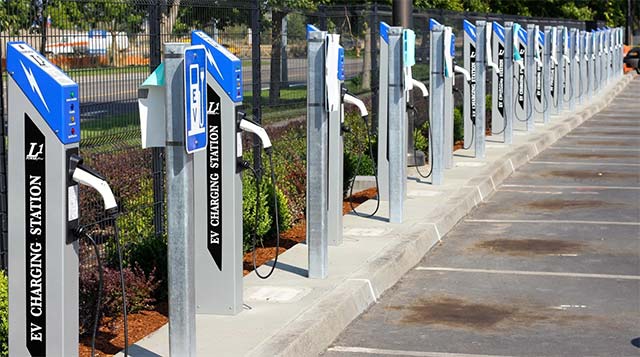 There are primarily two types of alternating current (AC) charging stations, such as level 1, and level 2. The level 1 charger has low charging rate and takes several hours to completely charge an electric vehicle. They are mostly used in residential sector. The level 2 chargers have comparatively higher charging rate and are commonly used as an alternative to DC chargers at the service stations. Level 2 charging stations are most suitable for commercial fleets, urban areas, and EV service stations.

Car park refers to the total number of cars in a particular region or country. With the growing concern of public and the government towards environmental pollution, the electric vehicle sales have surged in the recent past. The features such as low maintenance and operation costs are further engaging more number of consumers for electric vehicles. This is also boosting the growth in demand of electric vehicle charging stations. The existing fleet of cars is also driving the growth of the EV charging station market.

The market for electric vehicles in Asia-Pacific has been propelling, owing to the growing concern of government about environmental pollution. China is the forerunner in the EV market of Asia-Pacific, while the other major economies such as Japan, Australia, South Korea and India are also witnessing an increase in the number of electric vehicle sales. Owing to the increasing number of electric vehicles in the country, the government in China has recently announced a funding of $16 billion for the installation of new EV charging stations.

The EV charging station market is being dominated by small niche players, such as ChargePoint, AeroVironment, and ClipperCreek. The global market has been consolidating where the large companies are acquiring the smaller ones. In 2013, CarCharging Group acquired four companies including 350Green LLC, Beam Charging LLC, EV Pass LLC, and Blink Network LLC.