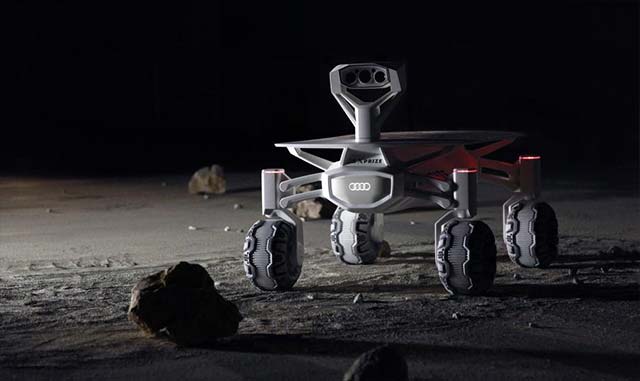 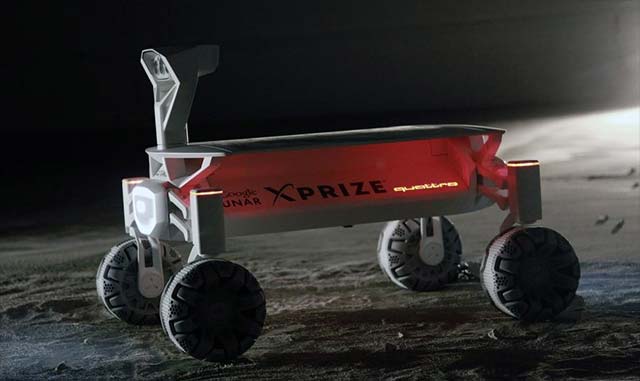 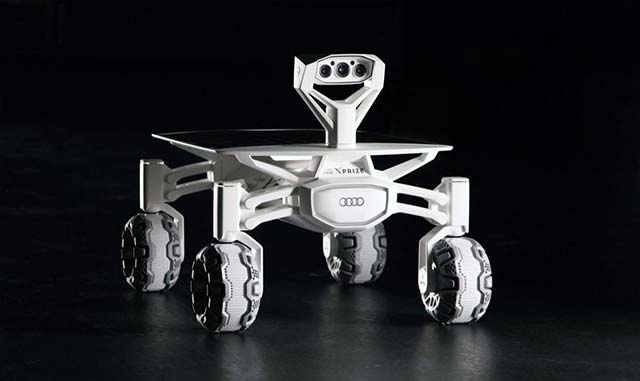 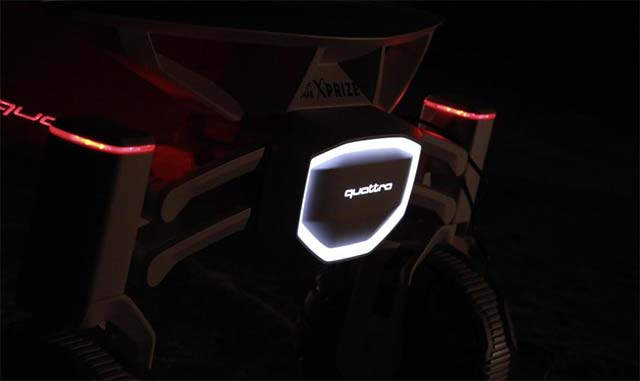 Audi is taking on an entirely new type of challenge: a mission to the moon. The company is assisting the Berlin-based engineering group “Part-Time Scientists” in the “Google Lunar XPRIZE.”

This space travel competition was organized for engineers and business enterprises worldwide, and it offers approximately $30 million in prize money. Audi is supporting the lunar expedition with its expert knowledge – and the Audi lunar quattro.

To win the competition, a team – which must be at least 90-percent privately financed – needs to transport an automated vehicle to the moon. Competition rules state that this rover must drive at least one-half kilometer distance on the moon and transmit high-resolution images and video footage back to Earth. In addition, the lunar vehicle with the Audi lunar quattro must launch into space by the end of 2017 aboard a launching rocket that will travel over 380,000 kilometers (236,121 mi) to the moon. The trip takes five days and – according to estimates by the Part-Time Scientists – it will cost around 24 million euros. The target landing zone is north of the moon’s equator, close to the 1972 landing site of NASA’s last manned mission to the moon, Apollo 17. In this region, temperatures fluctuate an enormous 300 degrees Celsius; when the sun is shining, it gets up to 120 degrees Celsius due to the lack of an atmosphere.

The Part-Time Scientists – whose headquarters is in Berlin and whom Audi is assisting – are the only German participants. So far, their rover prototype has already won two prizes known as Milestone Prizes in the competition. These prizes, which carry a monetary value of $750,000, were awarded by the competition jury for development of the rover and its optical systems. The Berlin- based researchers are continually refining their lunar vehicle, and extensive tests have been conducted in such places as the Austrian Alps and on Tenerife.

Many of the rover’s components are made of high-strength aluminum, and it weighs 35 kilograms (77.2 lb). In continued development of the vehicle into the Audi lunar quattro, its weight will be further reduced by the use of magnesium and design modifications, even though the vehicle might grow somewhat in size. A swiveling solar panel captures sunlight, and the electricity it generates is fed to a lithium-ion battery that powers the four wheel hub motors. All four of the wheels can be rotated 360 degrees.

The theoretical maximum speed is 3.6 km/h (2.2 mph) – but more important on the rugged surface of the moon are the vehicle’s off-road qualities and safe navigating abilities. Two stereo cameras that acquire detailed 3D images are mounted to a moving head at the front of the vehicle. A third camera is used to study materials, and it generates extremely high-resolution panoramic images.

The Audi working group that is assisting the Part-Time Scientists currently consists of ten employees from different technical departments. In addition to their lightweight design competence, they have much more know-how to offer, especially their expertise about the quattro permanent all-wheel drive system and the electrical e-tron drive system. The goal here is to further enhance performance by making additional improvements to the electric motors, power electronics and battery.

The brand with the four rings is also providing wide-ranging assistance in testing, trials and quality assurance. Using their high-tech tools and methods, specialists from Quality Assurance will study the parts of the future Audi lunar quattro for wear. The motors and electronic components must withstand stress tests in climate chambers. In parallel, Audi Concept Design Munich continues to refine the form of the rover.

The Google Lunar XPRIZE started with 34 teams, and 16 groups remain today. The Part-Time Scientists team was founded in late 2008 by Robert Böhme, who works as an IT consultant in Berlin. The majority of its team members, who currently number over 70, come from Germany and Austria. Experts from three continents support the team, including former leading NASA employee Jack Crenshaw from Florida. Assisting the group, in addition to Audi, are numerous research institutes and high-tech companies such as NVIDIA, the Technical University of Berlin, the Austrian Space Forum (OeWF) and the German Aerospace Center (DLR).