Nissan And ENEL Team Up on V2G-technology 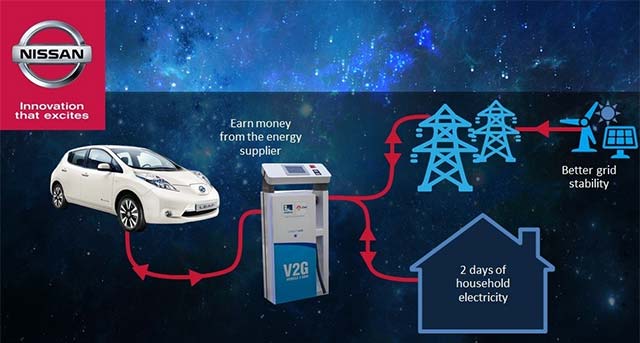 The two companies teamed up to develop an innovative Vehicle-to-Grid (V2G) system allowing drivers as well as energy users to operate as individual “energy hubs” with the ability to use, store and return electricity in excess to the grid.

Trials are already underway to test the viability of Grid Integrated Vehicles, the first time ever these systems are tested thus showing how electric vehicles can actively contribute to the development of the energy market.

The agreement with the ENEL Group will bring the first Grid Integrated Vehicles to countries where regulation allows sufficient value generation. Denmark will host the first set of trials with Germany, Netherlands and other northern European regions following suit. This endeavour is part of Enel’s and Nissan’s commitment to support the entire electric vehicle ecosystem, going way beyond the car itself and delivering new services to the power industry.

The V2G technology allows electric vehicles to be fully integrated into the electricity grid by also improving grid capability to handle renewable power and will make renewable sources even more diffused and affordable. V2G charging infrastructure and V2G-enabled electric vehicles give together EV owners and businesses with large EV fleets the opportunity to create mobile energy hubs integrating their vehicles with the grid. The system works by allowing Nissan LEAF owners to connect to charge at low-demand, cheap tariff periods, with an option to then use the electricity stored in the vehicle’s battery at home when costs are higher, or even feed back to the grid to generate additional returns.

In France for example, where there are 38 million vehicles and where the current electricity generation capacity is 130 GW, a future where all vehicles on the road are EVs/PHEV, the grid integration of the vehicles could generate a virtual power plant of up to 380 GW (3 times the national generation capacity of France).

The agreement signed by Nissan and Enel also envisaged joint cooperation on other innovative solutions such as energy management services using 2nd life and new batteries and charging stations to electric taxi cooperatives. 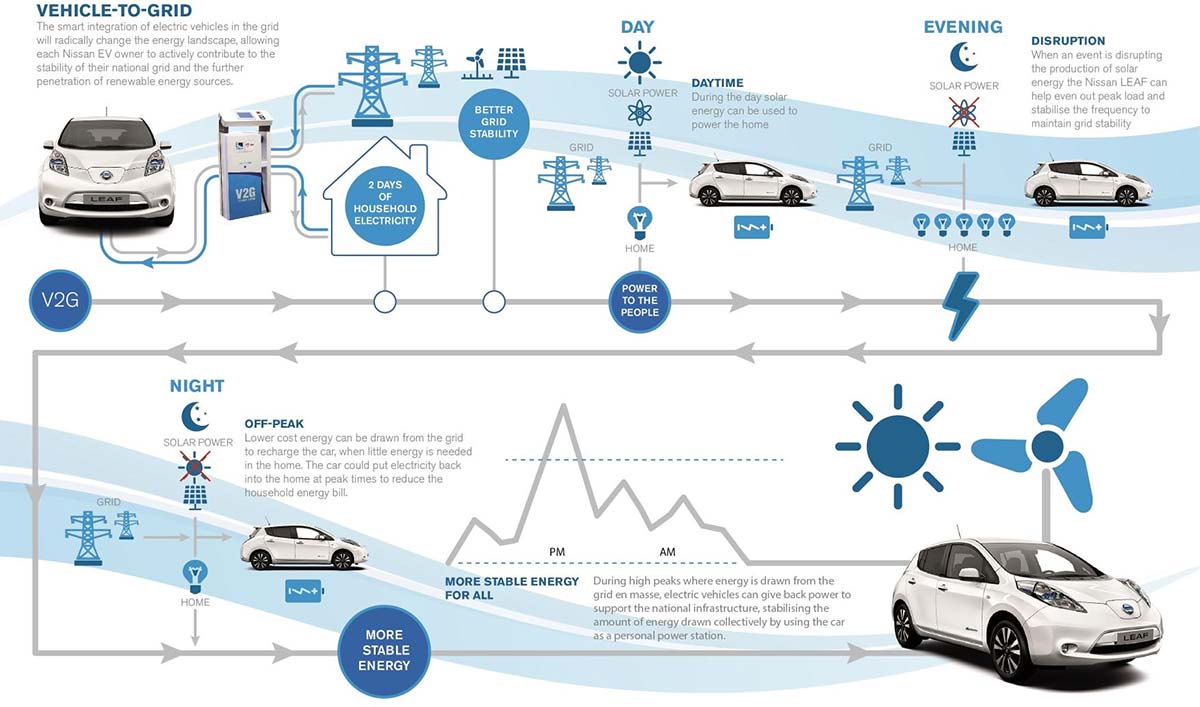