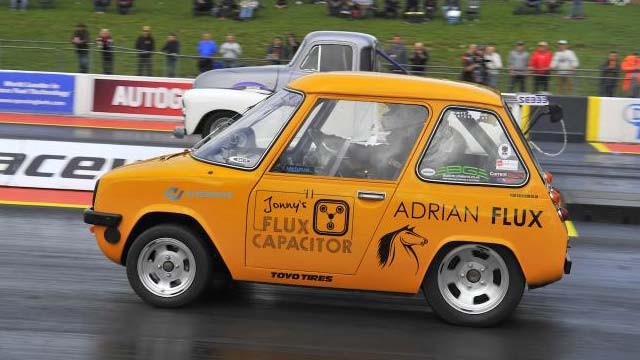 It’s time for the Jonny Smith’s Flux Capacitor to be reviewed in the Fully Charged Show.

Earlier this year, the 1975 Enfield 8000 electric city car, capable of just 40mph when new, smashed the Tesla’s record over a quarter mile in the FIA European Finals at Santa Pod.

With the Fifth Gear presenter at the wheel, the tiny Enfield – boosted from its original 8hp to 1000hp – silently charged through the quarter mile in 10.84 seconds at 121mph, dismantling the Tesla’s record of 11.5 seconds.