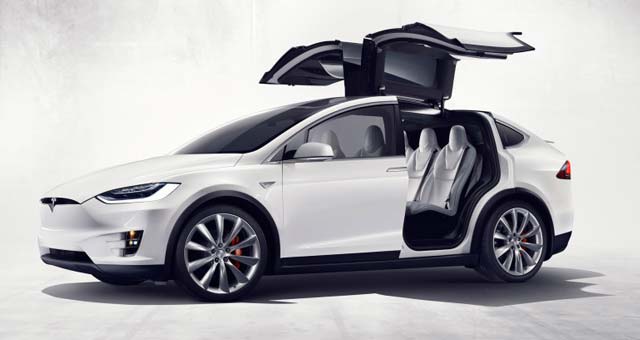 The all-new Tesla Model X electric SUV will sell for $81,200 before incentives—which is about $5,000 more than the cheapest version of the older Model S.

The Tesla Model X is powered by 70 or 90 kWh batteries. Tesla’s base model, the Model X 70D has a range of 220 miles on a charge. The longer-range version of the vehicle is called the 90D, which has a 257-mile range on a charge.

Tesla says the 90D won’t be delivered until the middle of 2016 and the more expensive P90D, which is faster than the others, would be delivered as soon as early in 2016.

The standard interior configuration offers five seats, but six- and seven-seat options are available. If you want six seats, that adds $3,000 extra, and if you desire seven, prepare to pay $4,000.

The advanced air filter announced by Elon Musk for the Tesla Model X is included in the $4,500 premium upgrade package along with the likes of ventilated seats, leather armrests, LED lighting and more.