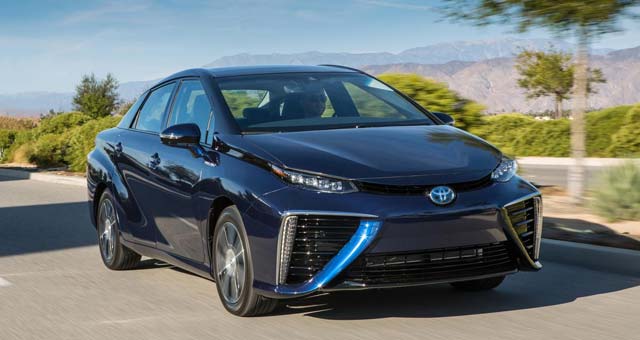 It’s time for the Toyota’s Mirai fuel-cell sedan to be reviewed in the Fully Charged Show.

“Will Toyota’s hydrogen fuelled offer be the start of the giant move away from fossil burning?
Will the fuelling infrastructure be developed?
Will hydrogen that isn’t stripped from fossil fuel become widely available and economically viable?
It’s a great car to drive though.”

The Toyota Mirai has the highest EPA estimated driving range rating of any zero emission electric vehicle on the market, at 312 miles, and offers an EPA estimated 67 MPGe city/highway/combined.