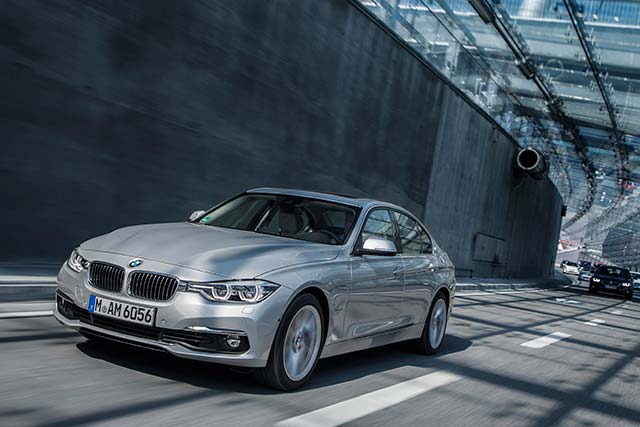 The all-new BMW 330e will make its North American debuts at the 2015 Los Angeles Auto Show held at the Los Angeles Convention Center.

In addition, BMW will feature the eDrive BMW X5 xDrive40e as well as the high-performance BMW i8, the all-electric BMW i3 and other BMW models at the BMW display.

The BMW 330e accelerates from 0-60 mph in 5.9 seconds. In everyday driving conditions, a total range of approximately 370 miles is attainable. The eDrive technology allows for approximately 22 miles in all-electric mode and therefore with zero local emissions. The 2016 BMW 330e will arrive in US showrooms in spring 2016 for $44,695 including $995 Destination & Handling. 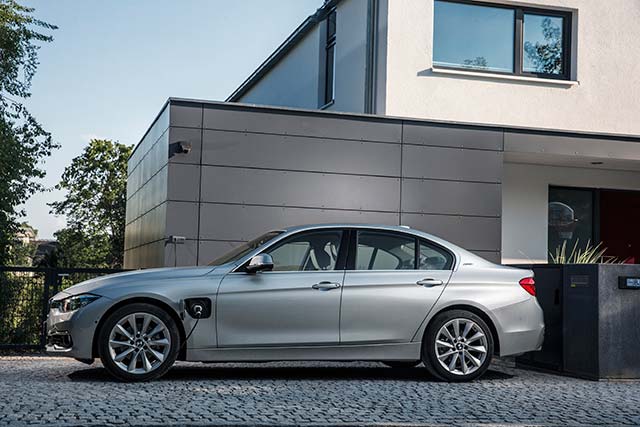 In addition to the all-new BMW 330e, BMW will showcase a number of other green models at the LA Auto Show including the BMW X5 xDrive40e, BMW i8, and BMW i3.

The BMW X5 xDrive40e is the company’s first eDrive Sports Activity Vehicle, charts the next chapter of BMW’s ongoing EfficientDynamics initiative. Benefitting from the groundbreaking work with BMW i on electromobility, the X5 xDrive40e combines the company’s award-winning 2.0-liter TwinPower Turbo four-cylinder engine with an electric motor integrated into its 8-speed automatic transmission. The BMW X5 xDrive40e can travel approximately 14 miles on pure electric propulsion, powered by a lithium-ion battery, ideally suited for short commutes and quick trips around town yielding an impressive 56 MPGe. Combined, the gasoline engine and electric motor put out 308 horsepower and 332 lb-ft of torque, enough to propel the X5 xDrive40e from 0-60mph in just 6.5 seconds. This Sports Activity Vehicle features BMW xDrive, the company’s intelligent all-wheel drive system, for optimal stability and traction under all road conditions. The 2016 BMW X5 xDrive40e is available in US showrooms for $63,095 including $995 Destination & Handling.

The BMW i8 is the first eDrive 2+2 sports-car from BMW. It sits at the pinnacle of the BMW i lineup of visionary vehicles which are purpose built from the ground up as electric and hybrid electric, constructed primarily from lightweight carbon fiber. Currently in showrooms and priced at $141,695 including $995 Destination & Handling, the MY2016 BMW i8 features Laser Lights available as an option for the first time in the US, enhancing its athletic design and sleek, low slung exterior. The BMW i8 operates with extremely high fuel efficiency boasting a US EPA rating of 76 MPGe combined. It is capable of accelerating from 0 to 60 mph in 4.2 seconds on the way to an electronically governed top speed of 155 mph.

The BMW i3, constructed from the ground up primarily from lightweight carbon fiber, features a 170 horsepower and 184 lb-ft of torque hybrid-synchronous electric motor that propels the vehicle from 0-60 mph in approximately 7.2 seconds. The BMW i3 is electrified by a 22-kWh lithium-ion battery and will travel approximately 81 miles of emission-free driving. The BMW i3 offers interior space comparable to the legendary BMW 3 Series on a shorter overall body. Its 32.4-foot turning circle and a relatively long wheelbase make it agile and engaging to drive, yet ideally suited to driving in dense urban areas. With a combined rating of 124 MPGe, the BMW i3 is the most efficient electric as rated by the US EPA. Currently in showrooms, the BMW i3 has a base MSRP of $43,395, before any federal or state incentives, including $995 for Destination & Handling.

The limited edition BMW i3 Shadow Sport (BEV) with Fluid Black exterior paint color and dark grey cloth interior with blue highlights (Deka World) is making its premiere at this year’s LAAS. The BMW i3 Shadow Sport Edition features a moonroof and a sport tuned suspension complimented by 19 inch wheels. A Limited Edition Plaque marks all 50 vehicles produced and is available for $48,395 including Destination & Handling.