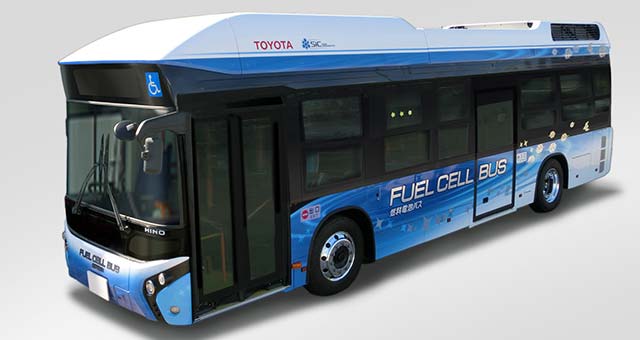 In the next stage of development for their jointly-developed fuel cell bus, Toyota Motor Corporation and Hino Motors, Ltd. will carry out field tests in Tokyo from July 24 to July 30, hoping to accelerate technological development of the bus with the aim of bringing it to market.

These field tests will help determine the practicality of the fuel cell bus for use in public transport networks, as well as evaluating the efficacy of its external power supply system during widespread power outages caused by natural disasters. The tests will be carried out with the cooperation of the Tokyo Metropolitan Government.

The new bus was developed jointly by Toyota and Hino based on a Hino hybrid non-step route bus and is equipped with the Toyota Fuel Cell System developed for the Mirai fuel cell vehicle. Toyota was responsible for development of the fuel cell system, while Hino handled development of the bus body, including the chassis. 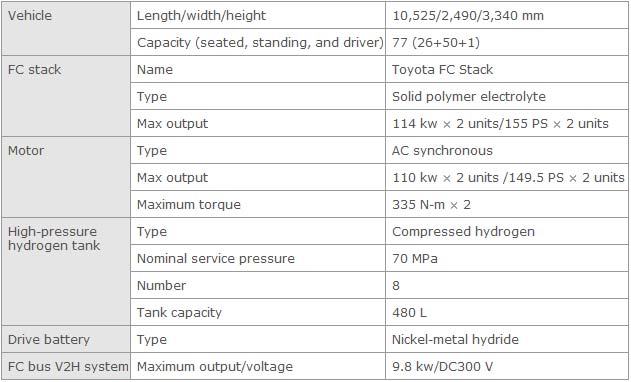