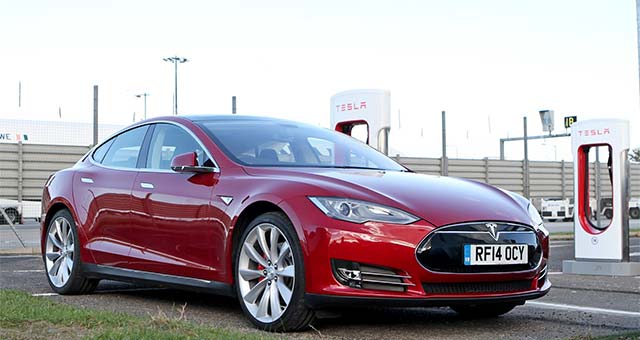 Seven Supercharger stations will be added at motorway services with additional UK motorway locations in the works to be announced soon. The Supercharger network extends across Europe as well, so Model S drivers can drive from Edinburgh to Venice or from Tenby to Trieste.

In just one year, Tesla Superchargers throughout the United Kingdom have powered more than two million electric miles. Starting with the first Tesla supercharger location in Royal Victoria Docks, London, there are now 68 Superchargers at 22 Supercharger stations across the country. They have enabled Model S drivers to save more than 350,000 litres of petrol and 1,000 tons of CO2.

With a range of up to 310 miles and Tesla’s worldwide fast charging network, Model S makes road trips a pleasure. Supercharging is free for long distance travel on any properly equipped Model S and provides half a charge in as little as 20 minutes. New UK supercharging stations will be conveniently located on motorways. Existing Superchargers are on major routes near amenities like hotels, business parks and restaurants to allow travellers to stop for a quick meal or coffee break.

Building a dense network of charging solutions is just one of the ways Tesla is proving the benefits of owning a Model S, whether the road takes you to Loch Lomond or Ljubljana.