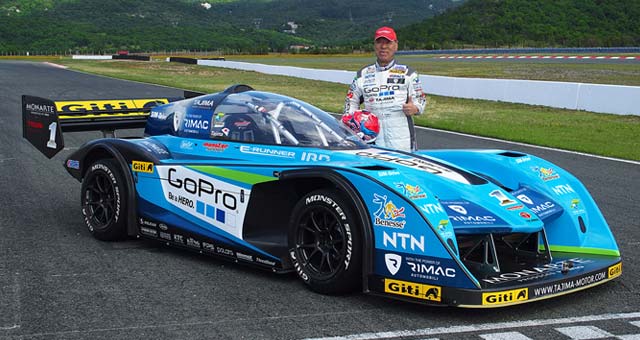 1.341 – a magic number. That is one Megawatt of power converted into a figure more familiar for gear-heads – horsepower.

The team from Rimac Automobili recently tested the Tajima Rimac E-Runner Concept_One on the dyno and, as one would expect, the results are impressive.

The Tajima Rimac E-Runner Concept_One is powered by four independent electric motors, giving the car a total power of over 1,1 MW (1,475 HP). That is more than twice the power Mr. Tajima had in his 2014 car when he broke his own Pikes Peak record, stopping the clock at 9:43,90.

The Pikes Peak hill climb is 19,9 km long and ends up at 4,301 m above sea level. Petrol engines have oxygen starvation problem at that altitude – the power of the engine decreases over 40 percent. However, electric motors don’t use oxygen, so Mr. Tajima will have the full power of all four electric motors available from start until the finish line.