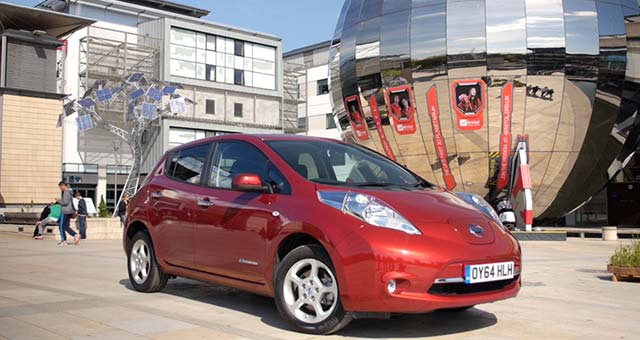 As Nissan unveils its Global Green Program 2016, the company highlights the crucial role of electric vehicles in emissions reduction and protecting the cities environment and life quality.

Following the data collected by the car manufacturer they showed that the 41,100 pure electric Nissan LEAFs driven in Europe have already prevented the emission of just under 50 million kg of CO2 into the atmosphere.

Based on current growth figures, it is estimated that by 2050 there will be 2.5 billion vehicles in the world, far outstripping today’s 1 billion. So with CO2 emissions that are currently estimated at 600 million tons worldwide, transport will have an increasingly prominent role in shaping cities.

Figures from the Institute for Energy Diversification and Saving (IDAE) suggest that putting 1,000 electric vehicles on a city’s streets would reduce greenhouse gas emissions by more than 30,000 kg and CO2 emissions by over 2,000 tons per year. Furthermore, it would also significantly reduce noise pollution levels as the Nissan’s zero-emission vehicles, the LEAF and the e-NV200, makes less noise than a 26-decibel ceiling fan.

In addition to their obvious environmental advantages, the efficiency of these models also extends to the financial sphere since they cut maintenance costs by 40% compared to a vehicle with a conventional combustion engine and reduce spending on fuel by between three and four times, with the cost in electricity standing at between €1 and €2 per 100 kilometres depending on the tariff.

To celebrate Europe’s Green Capital 2015, Nissan took a tour of the city recently in a Nissan LEAF, highlighting the city’s green credentials and how vehicles like the Nissan LEAF can make a huge contribution to ‘green-ing’ cities across Europe.


Nissan’s contribution to the environment
In late 2010 the Japanese carmaker launched its Nissan LEAF, its first all-electric, zero-emission model. About to celebrate its fifth anniversary, the Nissan LEAF is currently the leading zero-emission model in the world with more than 178,074 units sold.

The zero-emission model from the Japanese carmaker has beaten its own sales record by recording an increase in 2014 of 33% over the previous year.

As a result the pioneer drivers of this model have avoided the release of 266 million kg of CO2 into the atmosphere worldwide, a quantity that would take 19 million trees to neutralise.

In May 2014, Nissan continued advancing in its environmental commitment with the launch of the e-NV200 van, its second totally electric model. This vehicle combines the award-winning propulsion system of the Nissan LEAF, the 2011 World Car of the Year, with a useful load capacity that is the leader in its segment with the practicality of the Nissan NV200, International Van of the Year in 2010.