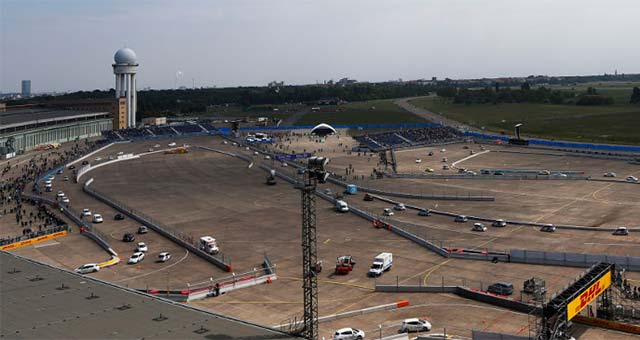 The total easily surpassed the previous mark of 507, which was set in Silicon Valley, USA in September 2014.

Small cars, scooters as well as pick-ups and luxury cars made up the parade, which was witnessed by 21,000 spectators. The event was organized by Swiss Environmental Adventurer Louis Palmer, holder of the “Champion of the Earth Award“ of United Nations Environmental Program for driving two times around the world in solar powered vehicles.

Palmer was delighted: “Berlin has set the number very high now, and it was impressive to see the support and enthusiasm of so many people for setting up this new world record for electric mobility. The majority of participants came from Germany, and some even from as far as Norway, Turkey and India.“

The most represented vehicle was the Citroen C-Zero (111 vehicles) followed by the Tesla Model S.

Palmer’s next project is the organization of the annual WAVE TROPHY (World Advanced Vehicle Expedition), the world’s largest electric vehicle rally, setting off in Plauen (Germany) and leading via Berlin and Berne to St.Gallen in Switzerland between 12 and 20 June 2015. In total 90 vehicles have registered to drive this 2,500 km (1,553 miles) tour in 8 days, to raise awareness for electric mobility and a more sustainable future.