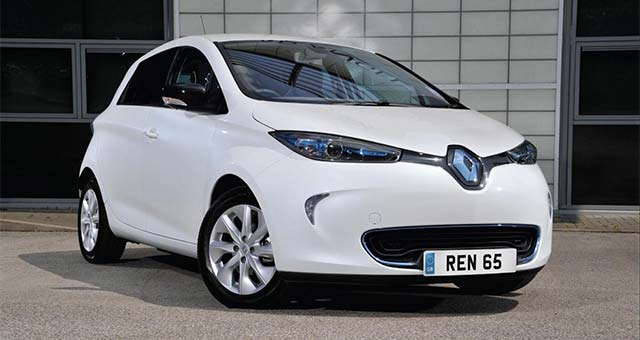 Renault has delivered a fleet of 45 electric vehicles, 23 ZOEs and 22 Kangoo Z.E.s, to Jas Hennessy & Co in Cognac, France.

Intended for workers travelling between the company’s sites, these electric vehicles refresh 80 per cent of a fleet that until now was entirely composed of internal combustion-engined vehicles.

One hundred Jas Hennessy & Co employees underwent both theoretical and practical training, organized by Renault’s Cognac dealership, in order to familiarize them with these new electric vehicles.

Around 75 charging points have been installed at each of the firm’s major sites.

Benoît Alleaume, Director of Renault Special Sales: “We are delighted to be partnering Hennessy in its drive to reduce its carbon footprint. For Renault, electric vehicles are one of the answers to the environmental challenges we face, since they tick the reduced CO2 emissions box. Increasing numbers of businesses are now incorporating electric vehicles within their fleets so as to take advantage of their numerous benefits, including those they have for staff (automatic transmission, no noise, etc.).”

Marc Sorin, Operations Manager for Jas Hennessy & Co: “For many years now, Jas Hennessy & Co has been actively working to reduce its environmental impact. Conscious of its need to set an example, the company made a commitment to follow a rigorous environmental program which complements its actions and those of its employees on a daily basis. This approach was recognized more than 20 years ago when Hennessy & Co was granted ISO 14001 certification, which enabled it to become the first certified wines and spirits business. More recently, the company invested in a solar-powered electric boat, allowing our visitors to cross the Charente to reach our ageing cellars.”