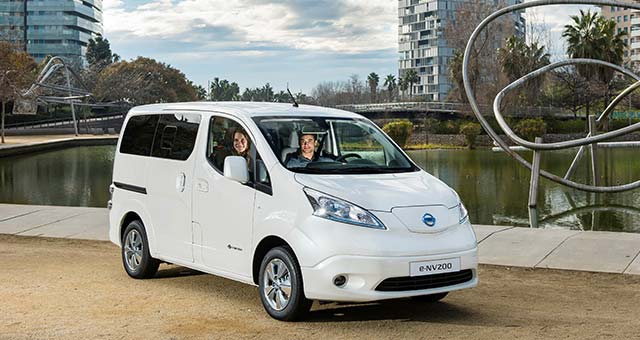 Importantly, the model was chosen not just by expert journalists from the magazine, but also by a panel of readers who use light commercial vehicles as part of their business.

He added: “With more and more firms discovering the environmental credentials and low running costs of electric vans, one name – the Nissan e-NV200 – is emerging as market leader in the field.

“The Nissan is not only zero emissions – it also offers the biggest loadspace of any vehicle in its sector and is a worthy winner of this award.”

Launched last year, the Nissan e-NV200 combines the NV200 – a former International Van of the Year – with the proven technology of the record breaking Nissan LEAF – the world’s bestselling electric car.

Meanwhile, the model, which is priced from £13,393 in panel van form (incorporating PiVG) offers a class-leading 4.2m3 capacity and an impressive 703kg payload.

Commenting on the award, Barry Beeston, Corporate Sales Director at Nissan Motor (GB), said: “It’s fantastic to win any award but to receive one that has been judged by fleet operators, owner-drivers and small business users is extra special.

“They are the kind of people the e-NV200 is aimed at and who would benefit most from the many advantages and benefits it offers.

“Knowing that they have put the e-NV200 through its paces and tested it against the competition and found it worthy of this award is testament to the quality and potential of this game-changing van.”