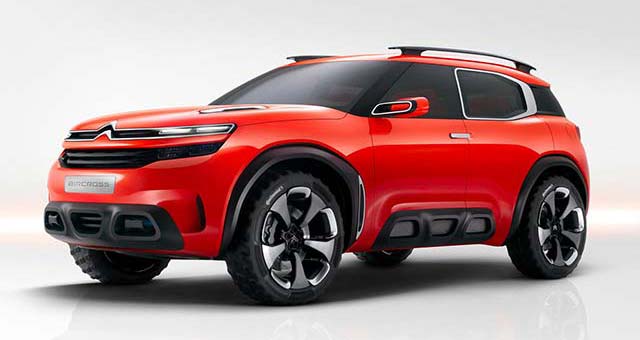 Citroen has released a short video which highlights the creation of the Aircross concept which will debut at the Auto Shanghai on April 20th.

Citroen Aircross is powered by plug-in hybrid technology, which consist of 1.6 THP petrol engine developing 218bhp (160kW) and torque of 275Nm with an electric motor located on the rear axle. The electric motor develops 95bhp (70kW) and torque of 200Nm. The motor is powered by lithium-ion batteries that charge up in just three and a half hours via a 16A domestic socket.

Combined cycle fuel consumption is 166mpg (1.7 l/100 km) and CO2 emissions are an impressively low 39g/km. In urban driving conditions in ZEV mode, the Aircross Concept has an all-electric range of 31 miles (50km). The Citroen Aircross accelerates from 0 to 62mph in just 4.5 seconds.

Check out this short video that shows just some of what went into creating the Citroen Aircross Concept.