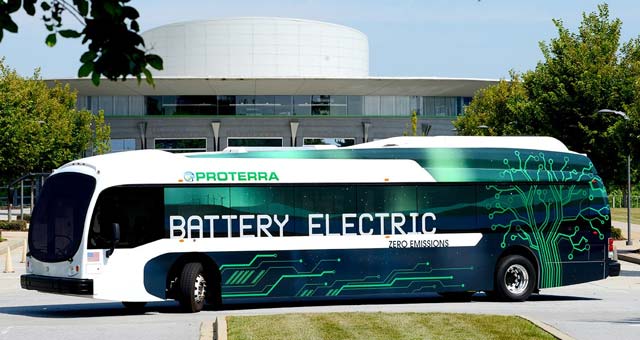 The company celebrated this achievement with an event at its plant in Greenville, S.C. honoring its transit agency partners for their leadership as EV pioneers.

Proterra presented each transit agency with an award recognizing them as one of the early pioneers in EV bus technology adoption and honoring their role in building the future of mass transit and sustainable urban mobility.

“Reaching our 1,000,000th mile in revenue service is a significant milestone, not just for Proterra, but for the entire transit industry,” said Popple. “Along with our forward-thinking and highly valued transit agency partners, we can offer the world a million proof points to bolster the fact that electric vehicles not only offer great performance, but represent the best total cost of ownership and environmental option for transit agencies.”

By combining performance, efficiency and flexibility, Proterra buses offer the lowest per passenger cost and environmental impact of any transit bus technology—electric, diesel, hybrid or natural gas. Proterra has now received orders from 14 different transit agencies in cities across North America. Over the course of their 1,000,000 miles in service, Proterra customers have saved nearly 250,000 gallons of fossil fuel and have eliminated nearly 3.5 million pounds of emissions from being released into the environment.