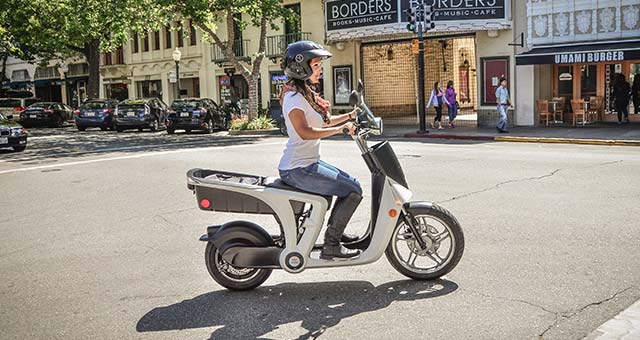 Mahindra & Mahindra will showcase a variety of electric transportation solutions and technologies during the Miami ePrix round of the inaugural Formula E electric car racing championship.

As part of the race festivities, Mahindra is inviting the public to come out and experience its innovative electric technology, including the all-electric two-wheel GenZe 2.0, designed to help the urban commuter overcome the challenges associated with pollution, traffic congestion, parking hassles, and the limitations of public transportation.

The GenZe 2.0 is a no-hassle, all-electric two-wheel transportation alternative designed to make getting around American cities and campuses faster, easier, safer and much more fun. Its removable lithium-ion battery can be recharged at any standard electrical outlet, giving riders optimal freedom and ease of use.

The vehicle’s smart, utilitarian design offers ample rear storage space so people can get where they want and take all of their stuff with them. The GenZe 2.0 is also equipped with the Cruise-Connect System, making it the industry’s first cloud-based connected scooter, allowing riders the ability to govern settings from an app on their phone and charge their mobile devices while on the go.

This is the inaugural season of the Formula E Racing Series which commenced in Beijing in September 2014 and runs until June 2015, competing in 10 of the world’s leading cities including Miami, Berlin and London. Formula E aims to represent a vision for the future of the motor industry, accelerating general interest in electric cars and promoting clean energy and sustainability.