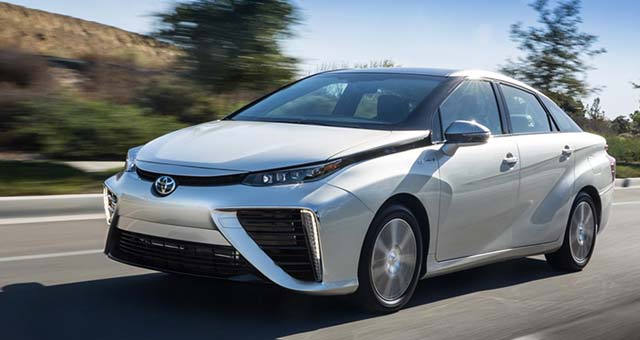 Toyota has been named one of world’s 50 Most Innovative Companies for 2015 by Fast Company magazine, recognizing the company’s leadership in the development and introduction of hydrogen fuel cell vehicles.

As Fast Company writes, “Toyota plans to do for fuel cells what its Prius did for hybrids: make them ubiquitous and top of mind for environmentally conscious consumers.” The Toyota Mirai is the world’s first mass-market hydrogen fuel cell vehicle.

Already on sale in Japan, the Mirai will hit  U.S. roads in the fall of 2015.  A four-door, mid-size sedan, it offers performance that fully competes with traditional internal combustion engines – but it uses no gasoline and emits nothing but water vapor. The groundbreaking fuel cell electric vehicle refuels in about five minutes and travels up to 300 miles on a full tank.

Fast Company also named Toyota as one of the most innovative companies in the auto sector, writing: “While other automakers are experimenting with fuel cells as niche vehicles, Toyota is the only one to engineer a global release, making all of its fuel-cell components in house.”