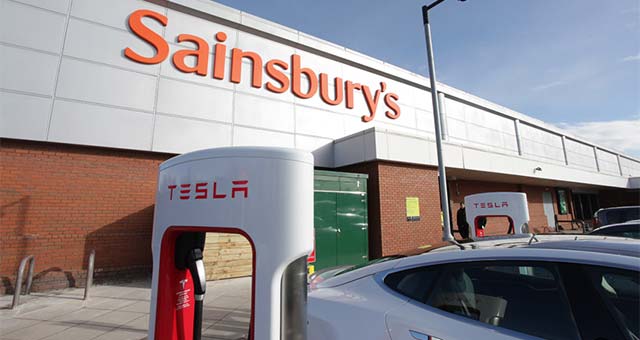 Tesla opens its 20th Supercharger station in the UK, continuing the rapid expansion of the fast-charging network to enable long-distance travel in Tesla’s all-electric vehicles.

Tesla Superchargers span routes from Exeter to Edinburgh, allowing access to Europe. Today’s announcement puts Tesla on course for full UK coverage by the end of 2015.

Today, Supercharger stations are available at Sainsbury’s supermarkets in Winchester, Exeter and Bristol. Tesla also recently opened stations at Junction 15 of the M1 near Northampton and Brent Cross shopping centre in North London.

Model S is the world’s first premium electric sedan. It has a range of 312 miles per charge (according to its NEDC rating), which is more than enough to cover daily commutes and the majority of daily driving scenarios. Tesla Superchargers replenish half a charge in as little as 20 minutes and are conveniently placed along well-travelled routes to enable long-distance travel. 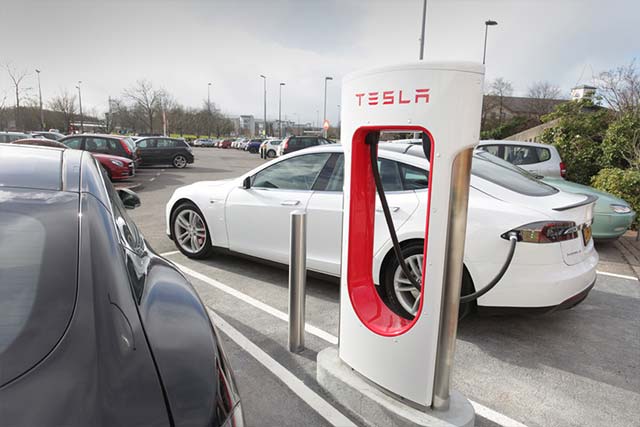