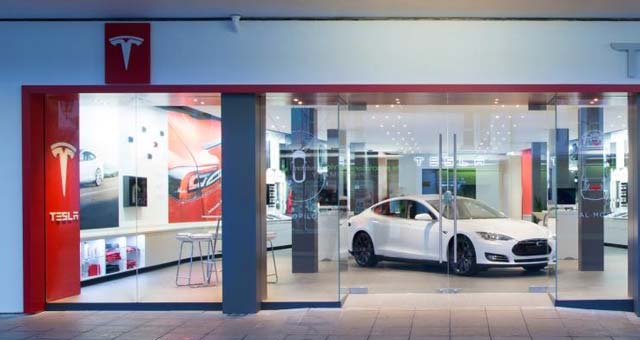 Tesla is opening a new store in Knutsford, Cheshire. The store strengthens Tesla’s presence for customers in the North West, alongside the Warrington Supercharger station at The Park Royal.

The Canute Place store features the Model S design studio, the dual motor Model S rolling chassis and selected merchandise, and it will also serve as a base for test drives.

Tesla Motors has also announced plans to open a service centre in the North West to complement the Knutsford store.

In the UK, prices for the Model S start at £49,380 on the road, including the £5,000 government plug-in grant. UK Model S customers can also benefit from other government incentives including zero road tax, zero showroom tax and exemption from London Congestion Charge. The car is also eligible for the 100 percent First Year Allowance for company purchase and 0 percent Benefit in Kind, both of which last until April 2015.

In the UK, Superchargers stretch from Exeter to Edinburgh and links to the European Supercharger network via Maidstone. The European network extends from Northern Norway to Italy and Slovenia. Supercharging is free for Supercharger-enabled vehicles.