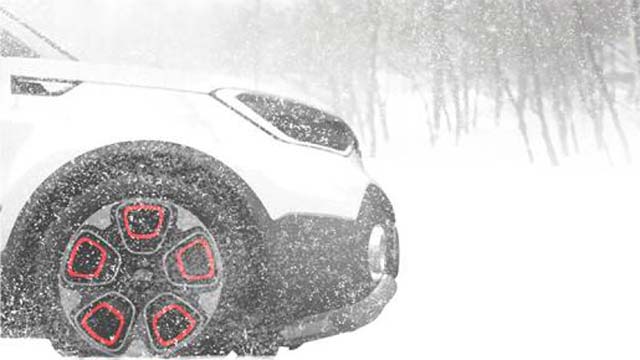 From what we can see of this front-end profile, it’s clear that the e-AWD concept is based on the popular Kia Soul compact.

This bold off-roader was conceived by Kia’s California design studio and built for city dwellers seeking the ultimate urban escape.

Kia says the “advanced and capable electric all-wheel-drive” model has been built for “city dwellers seeking the ultimate urban escape”. “This rugged runabout captures the essence of adventuring at higher elevations with the promise of sure-footedness in the wild.”

The e-AWD concept will be unveiled on Thursday, February 12, at the Chicago Auto Show.