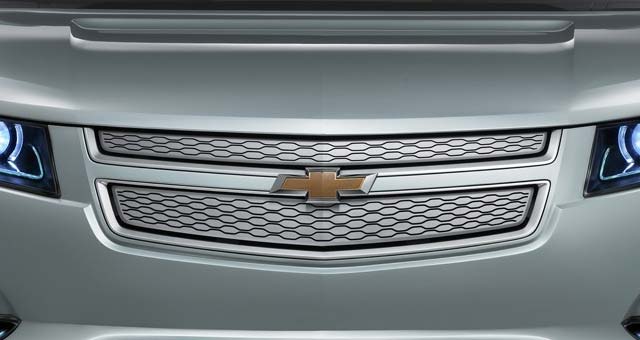 General Motors will unveil the Chevrolet Bolt at the Detroit Auto Show on Monday, an all-electric concept car that has a 200-mile range.

The Chevrolet Bolt will be aimed squarely at Tesla’s forthcoming Model 3, a $35,000 electric car also slated to debut in 2017.

The Chevy Bolt is reportedly larger than the Volt and shares its hatchback body style. The concept will feature “more capable” batteries from LG Chem, the Korean company that supplies the battery cells that go into the Volt.

GM has been selling the Chevrolet Volt plug-in hybrid since late 2010. An updated version of the Volt with greater all-electric range also will be unveiled at the Detroit Auto Show. The 2016 Chevrolet Volt will be one of five new or significantly redesigned vehicles that Chevrolet plans to launch in 2015.

Chevrolet also offers the all-electric Spark EV subcompact that can go 82 miles on a charge.