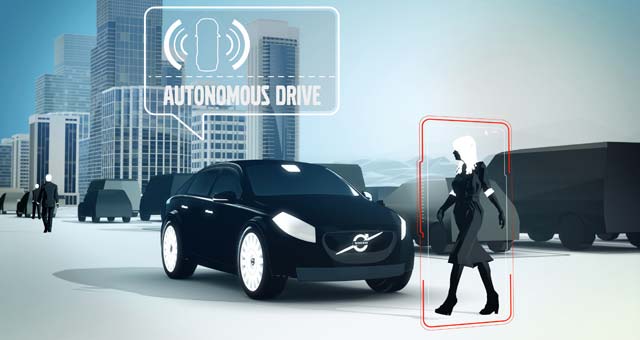 Powered by surprisingly strong consumer interest, partially autonomous vehicles (AVs) are likely to penetrate the market as early as 2017, followed by a series of enhancements that will make fully self-driving cars a market reality in a decade and a common sight within two decades, according to new research by The Boston Consulting Group (BCG).

On the basis of in-depth analyses of the trends driving the development and likely adoption of autonomous drive vehicles, BCG expects that partially self-driving cars with highway autopilot functionality and traffic jam autopilot will hit the roads in large numbers by 2017, followed by urban autopilot by 2022, and fully autonomous driving by 2025.

Mass adoption of autonomous vehicles will not occur, however, until vehicles are secure from cyber attack, uncertainty about liability is resolved, remaining social resistance is overcome, and high-precision maps are developed. Assuming those conditions are satisfied, a market opportunity of roughly $42 billion by 2025 awaits, says the global management consulting firm.

BCG’s study pulls together several strands of research, including an analysis of AV technologies and economics; U.S. consumer survey data; interviews with executives of automobile companies, suppliers, and technology companies around the world; and an extensive review of industry publications, among other sources.

Consumers cited the following as the most important reasons for buying a partially or fully self-driving car: lower insurance and fuel costs, increased safety, and the ability to multitask or be entertained while the vehicle drives.

The price of AV technology, expected to come in at $2,000 to $10,000 per vehicle at launch, will decline at about 4 to 10 percent (on a compound annual basis) in the first ten years or so, according to BCG. That will create a favorable business case for OEMs, which could achieve about 25 percent market penetration of AVs by 2035 with a favorable pricing strategy. Roughly 15 percent (18 million units) would be partially autonomous vehicles and 10 percent (12 million units) would be fully autonomous. To achieve a higher rate of penetration, OEMs would need to find ways to reduce the total cost of ownership or persuade consumers to pay a higher premium for autonomous features.

Japan and Western Europe should be the fastest adopters, based on past experience with adaptive cruise control. The U.S. is expected to keep pace with global adoption rates, and China is expected to become the largest market for autonomous features, representing roughly 25 to 30 percent of global unit sales by 2035.

A number of near-term rollouts have been reported or announced. For example:

– Daimler’s Mercedes-Benz now sells a system that can pilot a car on a freeway, but its design requires the driver to keep a hand on the wheel. By 2016, the company plans to introduce Autobahn Pilot, which will allow hands-free highway driving with autonomous overtaking of other vehicles.

– General Motors will offer Super Cruise in a new 2016 Cadillac sedan. The system will allow the car to automatically keep its lane, autonomously trigger braking, and control speed.

– Volkswagen’s Audi unit intends to roll out technology to enable autonomous driving in urban traffic around 2016.

– Also in the 2016 time frame, Mobileye plans to launch, with two partner OEMs, the first hands-free-capable driving at highway speeds and in congested traffic situations.

Mass adoption of self-driving technology will carry with it tremendous economic and societal benefits, while disrupting business as usual for a wide variety of companies, including OEMs, mobility providers, and component makers.

The cost and safety advantages of fully automated “robo-taxis” could revolutionize city driving, especially in the developing world. BCG case studies for New York City and Shanghai show that AVs have the potential to be 25 to 35 percent cheaper than conventional taxis. In Shanghai, the cost of a ride in a robo-taxi would be less than the cost of driving a private vehicle, even if the robo-taxi carried only one passenger, according to BCG.

AVs may also accelerate the trend toward car sharing and ride sharing, reducing the number of vehicle sales in megacities.