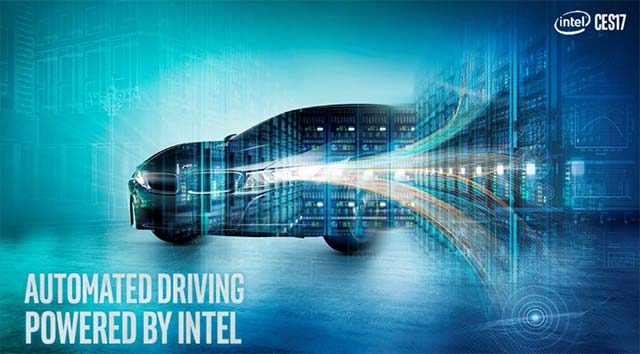 Intel unveiled its Advanced Vehicle Lab in Silicon Valley, providing insight into the company’s cutting-edge R&D efforts underway to push the boundaries of driverless cars and the future of transportation.

The announcement was made during the company’s first Autonomous Driving Workshop held on Wednesday in San Jose, California. The company’s Silicon Valley Lab joins Intel’s other labs in Arizona, Germany and Oregon. They have been created specifically to explore and better understand the various requirements related to self-driving vehicles and the future of transportation, including sensing, in-vehicle computing, artificial intelligence (AI), connectivity, and supporting cloud technologies and services.

With the slew of information captured by cameras, LIDAR, RADAR and other sensors, autonomous cars are expected to generate approximately 4 terabytes of data every 90 minutes of operation. Most of this data will be processed, filtered, and analyzed in the car, while the most valuable data will be moved to the data center to update maps, enhance data models and more.

Intel’s Autonomous Garage Labs work with customers and partners to come up with new ways of addressing the data challenge inside the vehicle, across the network and in the data center. Engineers at the labs use a variety of tools to advance and test in these areas, including vehicles equipped with Intel-based computing systems and different kinds of sensors that help gather data; autonomous test vehicles that practice real-world driving; partner vehicles and teams that are collaborating with Intel’s research efforts; and dedicated autonomous driving data centers.

The workshop was the first time Intel – together with BMW, Delphi, Ericsson and HERE – presented the whole of its autonomous driving program. A combination of demonstrations and tech talks were used to dissect the data-driven journey and explain why Senior Vice President Doug Davis believes Intel is the leading technology company capable of addressing the data challenge in its entirety and is the reason he postponed his retirement.

May 4, 2017Blagojce Krivevski
Infographic: California has invested $559M in zero-emission vehicles since 2013BMW i enjoys ever increasing success and market share