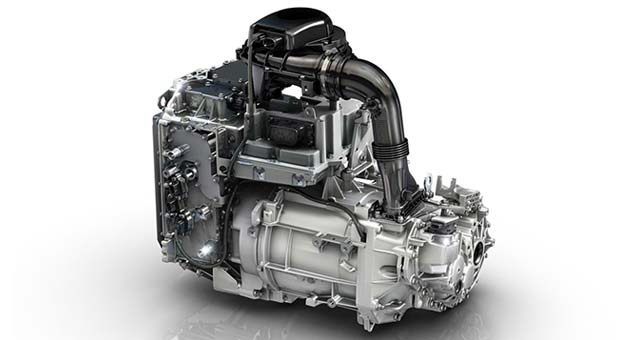 Renault lifted the lid on two innovations based on its EOLAB prototype, both of which are scheduled to appear in production cars in 2015. At the same time the French company has revealed three longer-term approaches to low-fuel consumption, low-emissions mobility.

All were unveiled at an [email protected] event in Paris, where the company’s Co-operative Innovations Laboratory (LCI) – a think tank that unites engineers, designers and customer survey specialists – gave a behind-the-scenes peek into how Renault powertrains and propulsion systems might evolve in the next few years.

Renault has developed a new, more efficient and more compact electric motor and a new turbocharged petrol engine adapted for use with LPG (liquified petroleum gas), both of which are scheduled for introduction next year. Looking further ahead, Renault and its partners are looking at a mild hybrid diesel prototype (HYDIVU project), a diminutive two-stroke diesel engine (POWERFUL project) and a small electric delivery vehicle based on the Twizy (VELUD project) as the basis for clean, low-cost urban mobility.

The new, compact electric motor ­– designed and made entirely by Renault – delivers similar performance to those in use today but is around 10 per cent smaller. It is a synchronous unit with a wound rotor and delivers 65 kW (88hp) and 220 Nm of torque. It was designed by Renault’s motor engineers in France and manufactured in Renault’s Cléon plant.

Renault has switched from macro-module stacking to fully integrated modules, assembled closely so that no external power supply cables are necessary. The junction box and integrated Chameleon charger (as fitted to ZOE) are contained within a single Power Electronic Controller, which is 25 per cent smaller than existing systems.

The motor is now air-cooled, simplifying the system with only the Power Electronic Controller continuing to be cooled by water. Improved electronic management reduces charging times using the 3kW and 11kW flexi-cable, while a redesigned inverter improves efficiency and reducing power consumption.

With urban deliveries in mind, Renault has produced its ‘VELUD’ (Electric Vehicle for Sustainable Urban Logistics) project, based on the Twizy, in conjunction with a number of academic and civic partners. It is intended as a ‘final miles’ solution to take cargo loaded into a small trailer from pre-defined zones to their final delivery point using intelligent fleet management. 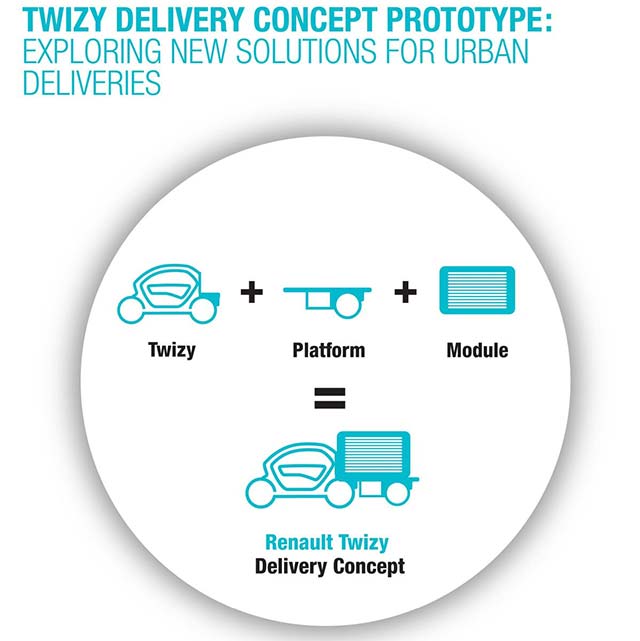