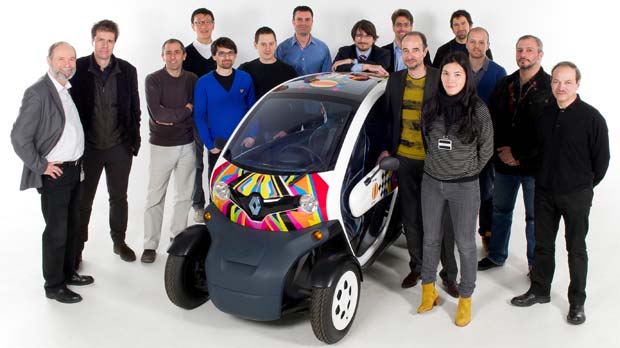 A panel of 30 international experts selected the Renault Twizy from the 4,515 applications submitted in this category as winner of the “Best of the Best product design 2012” prize. Twizy becomes the second Renault vehicle to win the award after Mégane II in 2003.

The members of the panel praised Twizy for its revolutionary design, agility, and original ergonomics and safety system: “Twizy is a highly convincing and expressive transportation solution for mobility in the near future. This vehicle impresses the target group both through easy handling and its sophisticated concept concerning ergonomics and safety”.

Eric Diemert, Design Director, Renault Sport Technologies, expressed his satisfaction: “We are delighted to see the concept, design lines and functions of Twizy recognized by the red dot award. Because Renault is a human-focused brand, we designed Twizy to express a new form of urban mobility, placing the emphasis on easy use. The way in which an object is expressed is fundamental, so we worked on general attitude from an early stage as well as on the design of the front end. The aim was to give Twizy an appeal that immediately reflects its light-hearted character. This award will encourage us to pursue our commitment to innovation for all that is so important to Renault range vehicles, and to make them even more innovative and attractive.”

Set up in 1955, the red dot design award has become an international benchmark for good design. In 2011, it received more than 14,000 applications from more than 70 countries.