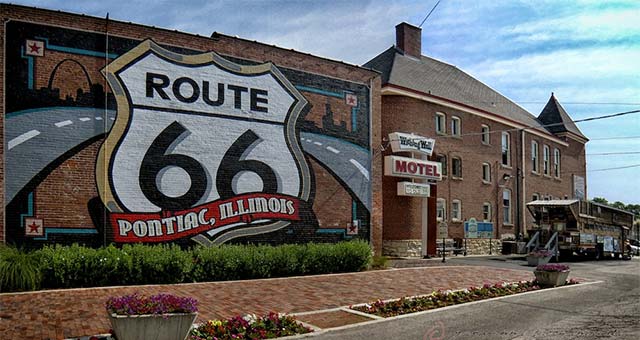 Illinois’ portion of historic Route 66 is getting a high-tech upgrade with the installation of a network of electric vehicle charging stations.

The state is investing $1 million to establish a network of charging stations for electric vehicles along the historic U.S. 66 through Illinois. The network will support commuter and tourist driving for the growing electric vehicle sector, according to Gov. Pat Quinn.

“We are building a 21st century infrastructure across Illinois and we need to make sure that it is sustainable for future generations,” Governor Quinn said. “This new project exemplifies Illinois’ place as the innovation capital of the Midwest, with cutting-edge business practices that create jobs and encourage sustainability.”

The Illinois Route 66 Electric Corridor will connect communities along the 300-mile stretch from Lake Michigan to the Mississippi River in the Metro East area with a network of stations. The network will make it possible for electric vehicle drivers to travel between Chicago and St. Louis, two of the key urban markets for electric vehicles in the nation.

The $1 million project is being supported by automakers with technical help from the University of California at Davis. Work on the project is expected to be completed by summer 2015.

Starting in the 1920s, the old U.S. Route 66, also known as the Mother Road, connected Chicago with Santa Monica, California. Though embedded in popular culture, the 2,400-mile road was eventually overtaken by the interstate highway system and was officially decertified in 1985, though most of the original route is still drivable.