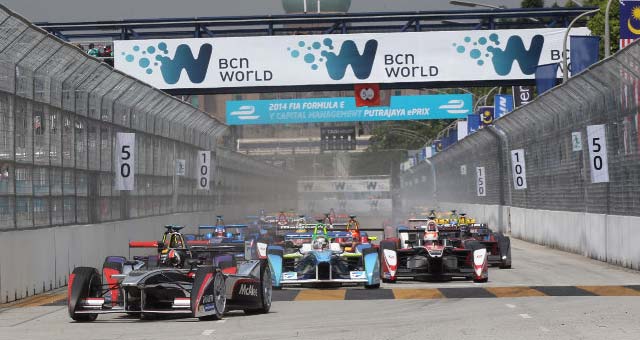 Following Bird in second was Beijing winner/Audi Sport Abt driver Lucas di Grassi and in third, e.dams-Renault’s Sebastien Buemi. di Grassi and Buemi both had to start from the rear of the field.

The runner-up finish enables di Grassi to keep hold of the points lead by three points over Bird, 43-40, going into the next race in Uruguay on Dec. 13.

Bird, who is close friends with Jules Bianchi, the Formula 1 driver seriously injured in a crash at the Japanese Grand Prix in October, dedicated his victory to his fellow English countryman.

Bruno Senna, the nephew of Formula 1 legend Ayrton Senna, crashed on the final lap but managed to walk away from the accident.