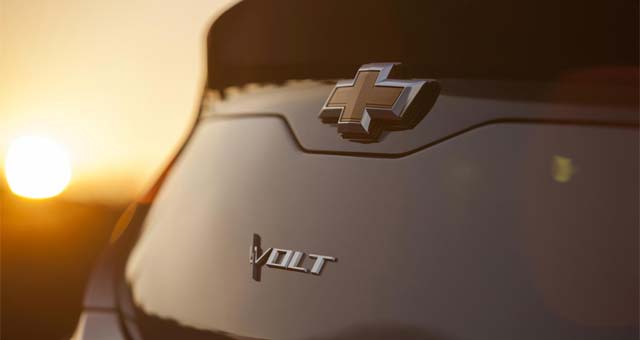 General Motors will invest $240 million at its Warren Transmission Plant will build the electric drive unit for the second-generation 2016 Chevrolet Volt.

That means most major Volt powertrain components – from its battery cells to its range-extender – will be made in Michigan, establishing the state as the company’s global engineering center of excellence for vehicle electrification.

“We must provide the breakthrough technology that our customers want,” said CEO Mary Barra. “Our investments in the 2016 Chevrolet Volt and Michigan signify our commitment to lead the industry in technology and innovation.”

CEO Mary Barra also will announce at the Detroit Economic Club today that the automaker will invest an additional $300 million in other Michigan operations by the end of this year.

Since 2009, GM has announced more than $11 billion in investments in the United States, with almost half of that investment committed to Michigan.

In addition, GM has worked with its UAW partners to develop initiatives that will lead to more than 22,600 jobs in the United States. This hiring has begun and will continue over the next few years, and many of these jobs will be based in Michigan.

Approximately $1.82 billion in capital has been invested in projects dedicated specifically to vehicle electrification.

– The Chevrolet Volt and Cadillac ELR are assembled at GM’s Detroit-Hamtramck assembly plant.

– GM’s Flint Engine Operations will build the 1.5-liter, four-cylinder range extender for the Volt. The unit is part of an all-new engine family.

Battery cells for the Volt and ELR are produced by LG Chem in Holland, Mich., and the Volt’s vehicle’s electric motors will also be made in the United States.

Within the first year of production, about 70 percent of the Volt’s parts will be made in the United States or Canada, which GM believes is the most for a plug-in or conventional hybrid.

– Since the Volt was launched in 2010, owners driving in pure electric mode have helped reduce gasoline consumption by more than 25 million gallons.

– Based on a GM study of more than 300 2011-2012 model year Volts in service in California, many owners exceed the EPA-rated label of 35 miles of EV range per full charge, with about 15 percent surpassing 40 miles of range.

– Volt owners who charge regularly typically drive more than 970 miles between fill-ups and refuel less than once a month. The 2014 Volt provides owners with EPA-estimated fuel economy of 98 MPGe (electric) and 35 mpg city/40 mpg highway on gasoline power.

– Nearly 70 percent of Volt buyers are new to GM. The Toyota Prius is the most frequently traded-in vehicle for a Volt.

– Volt is the most successful plug-in electric vehicle in the United States, with cumulative sales of more than 69,000 vehicles. 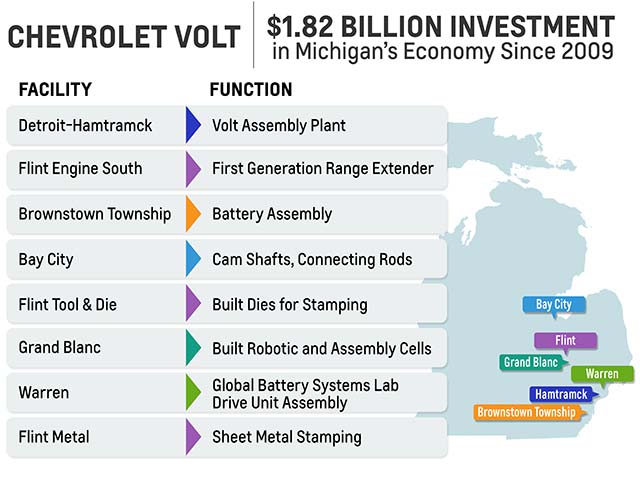