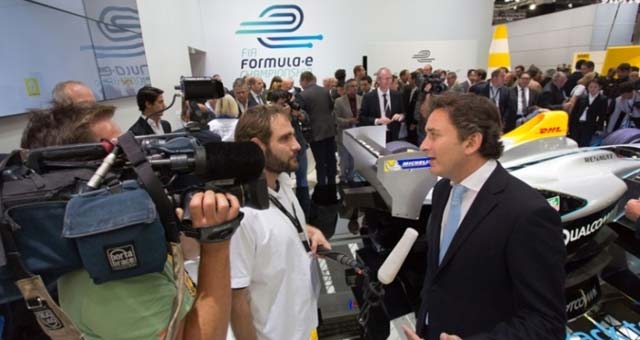 Leading French sports channel CANAL+ is to televise live coverage of all races in the new all-electric FIA Formula E Championship for the next three seasons.

In a deal brokered by the international media company MP & Silva, the leading premium content pay-TV company in France will have exclusive broadcasting rights for live races covering the entire French region, along with Andorra and Monaco. In addition, they will air a delayed highlights programme reviewing the Formula E action together with pre-race build up, podium celebrations and driver interviews.

The FOX Sports deal alone covers 88 territories around the world and a potential global audience of 180 million households, whilst TV Asahi boasts a household reach of 51.4 million. ITV4 is available to almost 26.2 million homes in the UK with an estimated weekly audience of 10.6 million.

CCTV-5 is the main sports channel in the People’s Republic of China and part of the China Central Television (CCTV) network. CCTV is also the principal state broadcaster in mainland China with a network of 45 channels – the largest number of television sub-channels in the world – and a potential reach of more than 200 million people.

Ali Russell, Director of Media, said: “I’m delighted to announce this new broadcast deal with CANAL+. We want to ensure audiences around the world can watch this exciting new motorsport series and this latest agreement further strengthens our global outreach alongside existing deals with FOX Sports, China’s CCTV, ITV in the UK and Japan’s TV Asahi. We also still have more deals to announce before the opening race in Beijing on September 13.”

Cyril Linette, CANAL+ GROUP Sports Director, added: “We are very glad to be part of this new motorsport series. This new competition at the heart of big cities is a great opportunity to create a new and exciting live TV show for our subscribers, as we already do with Formula One and WRC. CANAL+ is definitely the channel of motorsport in France!”