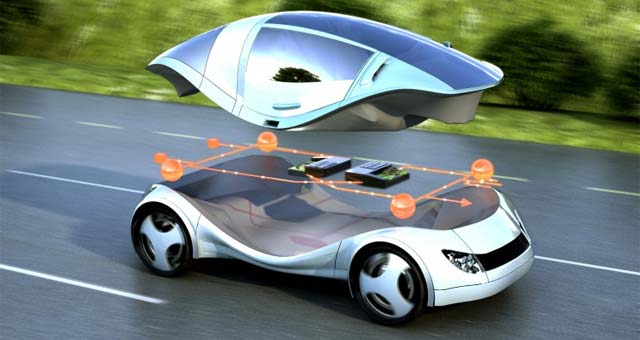 Siemens is working on a new technology aimed at transforming electric vehicles into ‘moving PCs’ controlled by a centralized computing architecture.

The associated technology was developed during the RACE project. Siemens is the consortium leader of the research project, which receives funding from the German Ministry of Economic Affairs and Energy.

For the first time ever, the architecture will make it possible to retrofit functions such as electrical brakes and systems such as lane-keeping assistants using a plug-and-play process like on home PCs. The two companies plan to incorporate the RACE architecture into an electric delivery vehicle by December 2014. The work will be conducted at Siemens’ research center in Munich, Germany. The partnership’s aim is to test the new technology in practice for the first time.

Today a mid-range vehicle may contain over 70 different control systems that are all networked with one another. Added to this are thousands of sub-functions that run on these control systems and exchange data. In the RACE project, by contrast, cars are controlled by a centralized computing architecture. The approach is similar to the fly-by-wire systems and other technologies used in today’s airplanes. Such a uniform software architecture would enable developers to create new functions quickly and easily.

In addition, software functions could be pushed out to vehicles in the same way that they are to smart phones. The functions would range from infotainment software all the way to critical safety functions such as driver assistance systems. RACE also makes autonomous driving much simpler. In addition, it enables manufacturers of especially small-batch vehicles to fulfill customer wishes quickly and flexibly.

The partners of the RACE project are Siemens AG, AVL Software and Functions GmbH, fortiss GmbH, the Fraunhofer Society, TRW Automotive, RWTH Aachen, TU Munich, and the University of Stuttgart. The approximately €20 million project was launched in 2012 and will run until the end of 2014.[wzslider height=”00″ lightbox=”true”]