Renault To Be Title Sponsor Of E.Dams Formula E Team 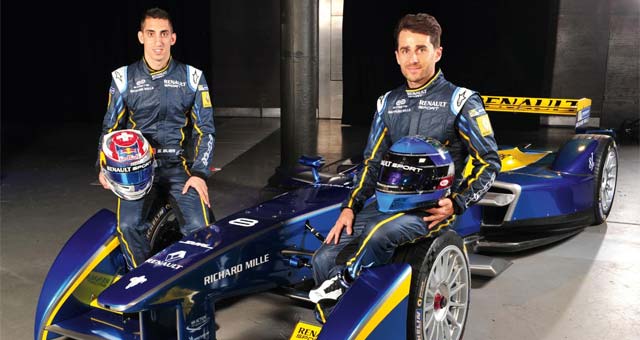 Renault, a pioneer in the world of electric vehicles and an active participant in motorsport ever since the brand was founded, was named last year as an official technical partner of the FIA Formula E Championship.

With the championship’s inaugural race in Beijing in September, looming fast, the French carmaker has announced that is to step up its involvement in the new series in the form of backing for e.dams.

Renault will be the Title Sponsor of the team which is co-owned by Jean-Paul Driot and four-time Formula 1 world champion Alain Prost, who is also an ambassador for the Renault brand. This involvement with the French team will allow Renault to maximise the coverage of its participation in the new championship which promises to be particularly attractive. It’s the start of a whole new discipline and motorsport fans will be treated to great show with a new format that will take the action into the heart of several major cities.

The brand’s name will appear on the cars, as well as on the drivers’ race suits and helmets. A pro-active communication programme is also planned for the championship’s inaugural season.

The e.dams-Renault team has also announced that its drivers will be Nicolas Prost and Sébastien Buemi, two well-known names from the worlds of Formula 1 and endurance racing. They will have the privilege of driving the new 100% electric cars that will race in the centre of some of the planet’s finest cities, starting on 13th September.[wzslider height=”400″ lightbox=”true”]