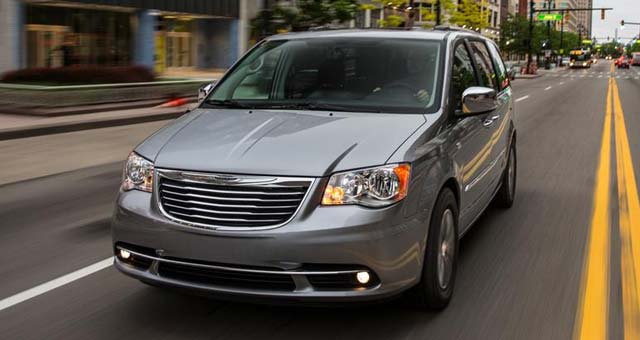 Chrysler Group said it will launch at least two new plug-in hybrid electric vehicles in the next three years amid rising fuel-efficiency standards.

Chrysler’s fleetwide fuel efficiency has been at the bottom of the industry and it has only sold a small number of Fiat 500e EVs. It doesn’t currently sell any plug-in hybrid electric vehicles.

The automaker disclosed it will launch a plug-in hybrid ChryslerTown and Country minivan in 2016 and a yet-to-be-named full-size Chrysler car in 2017.

Chrysler says that the new plug-in hybrid ChryslerTown and Country will be the most fuel efficient minivan on the market by a huge margin.

Chrysler chief Al Gardner said the new plug-in hybrid ChryslerTown and Country — the industry’s first — will return the equivalent of 75 miles per gallon, but didn’t immediately disclose the battery range, pricing or other details.

The automaker also said it is scrapping the Dodge Caravan in 2016 when the new minivan is launched. Chrysler didn’t disclose any planned EVs for either its Dodge or Jeep brands through 2018.