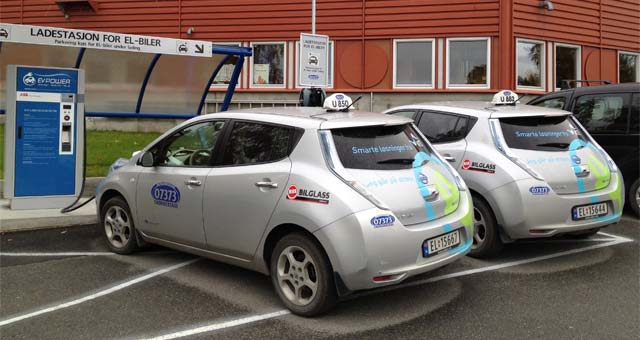 Many people are concerned that electric cars produce dangerous magnetic fields. New research shows that this is not the case.

Researchers from seven countries have concluded that we can feel safe both in electric cars and in those powered by hydrogen, petrol and diesel. None of them exposes passengers to higher electromagnetic fields than those recommended in international standards. In fact, field intensity is well below the recommended value. The study is currently the most comprehensive ever carried out in this field.

SINTEF has led and participated in the research project, involving nine other European companies and research institutes.

“There is a good deal of public concern about exposure to magnetic fields. The subject crops up regularly in the media. With the number of electric-powered vehicles increasing, this project is very relevant,” says Kari Schjølberg-Henriksen, a physicist at SINTEF.

In addition to improving the public’s confidence when it comes to magnetic fields in electric cars, the goal of this project was primarily to create a standardised method for measuring electromagnetic fields in such vehicles.

Tests on eleven types of car
The intensity of magnetic fields in seven different electric cars, one hydrogen car and one petrol car were measured in order to ascertain whether they approach the recommended limiting values for human exposure. The measurements were carried out using real cars in a laboratory and during road tests.

The highest values in electric cars were measured near the floor, close to the battery itself and when starting the cars. In all cases, exposure to magnetic fields is lower than 20 per cent of the limiting value recommended by the ICNIRP. Measurements taken at head-height are less than 2 per cent of the same limiting value.

“There is absolutely no cause for concern. The difference between this research and similar earlier work is that we have taken into account what contributes to the magnetic fields. The rotation of the wheels themselves generates considerable magnetic fields, irrespective of vehicle type,” Schjølberg-Henriksen points out.

The EU-funded research project EM Safety is the most comprehensive study yet carried out to identify different sources of magnetic fields in electric cars. Seven countries have been involved in the project, in which universities, the car industry, research institutions and laboratories are represented.