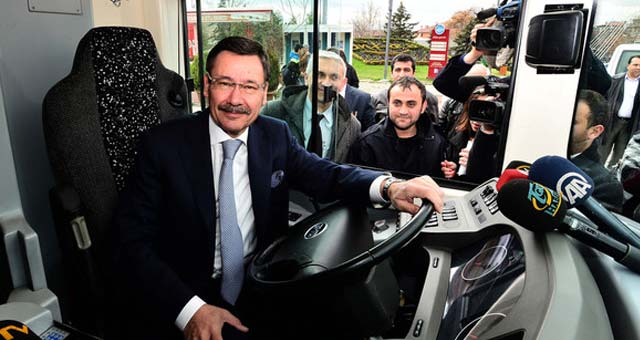 A BYD electric bus is entering service on the public streets of the Turkish Capital City of Ankara.

The trial in Ankara is only the latest in a series of European trials of the BYD Electric Transit Bus.

More than 25 major cities have evaluated the bus in revenue service. Results have been impressive across many different duty cycles showing that the bus is capable of up to 24-hour, route-service on a single battery charge (usually competed in 3-5 hours off-peak), unlike the competition that requires in route charging every couple of hours.

When compared to conventional diesel or natural gas fueled buses, the BYD electric bus has demonstrated a dramatic reduction (from 80 – 90%) in operating and maintenance costs.

BYD will be coming to BusWorld Turkey in May to display their full line of battery electric buses including the 12 meter, 7 meter, and 18 meter articulated and double-decker models.

“Ankara City already has one of the greenest fleets in the world with ~1,300 natural-gas-powered buses. This first electric powered bus will be in service between Kuğulu Park and Altınpark for one month. If the bus is also approved by the public after the testing period we will put out a tender and buy electric buses to be used in capital city’s transportation system,” said Ankara Mayor Mileh Gökçek when answering a question about his view on adopting electrified transportation. He continued, “Electric buses do not harm the environment. One bus reduces the equivalent carbon-dioxide consumption of 5,200 trees per year. The battery can be charged in three to five hours and will save a net total of 170,000 Turkish Liras (€54,500) annually.”