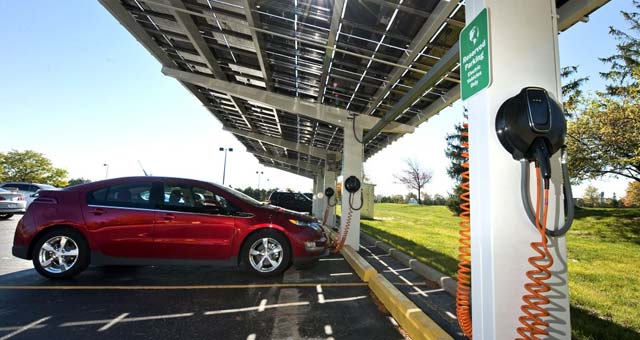 Though negligible today, the market for plug-in electric vehicles equipped with vehicle-to-grid (V2G) technologies – which enable the vehicles to participate in ancillary services for the power grid – is expected to expand steadily in the coming years.

Compelling business models for V2G technologies are starting to emerge in select markets around the world, and it’s expected that individually owned electric vehicles will be able to participate in grid services in the second half of this decade.

According to a recent report from Navigant Research, more than 250,000 V2G-enabled plug-in electric vehicles will be sold worldwide from 2013 to 2022.

“Plug-in electric vehicles can provide services to the grid by changing the rate at which they consume power, thereby reducing peak loads, or by providing power back to the grid, helping to balance loads on the grid,” says Scott Shepard, research analyst with Navigant Research. “The benefits to operators also include smoothing the integration of renewable energy resources and generation revenue from ancillary services markets.”

The U.S. Department of Defense has been a significant proponent of V2G technology. In early 2013, the Department announced that it would invest close to $20 million to install 500 V2G-enabled plug-in electric vehicles in military bases in specific U.S. electricity markets by the end of the year.