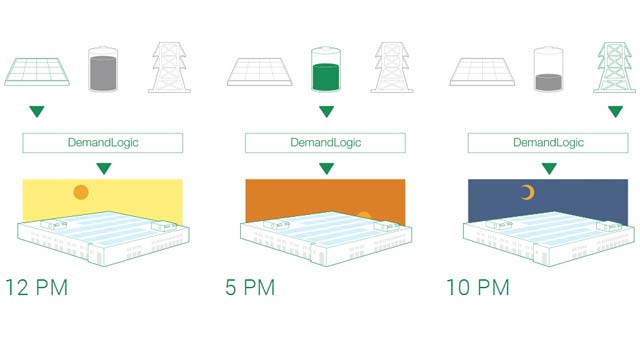 SolarCity storage systems are available to new solar power customers through 10-year service agreements including monthly payments, with no upfront cost required. SolarCity will customize the system size to make it possible for businesses to save money immediately by saving more on energy costs than they spend for the storage service. Unlike load shifting approaches to demand management, this product requires no change in operations for the business and is fully automated.

“We are thrilled to leverage Tesla’s technology leadership in energy storage systems, charging and power electronics to enable this exciting SolarCity launch,” said Tesla CTO and co-founder JB Straubel. “The economics and scale that Tesla has achieved in the automotive market now make stationary energy storage more cost effective and reliable than it has ever been in the past. We expect this market to grow very rapidly now that we have crossed this economic threshold.”

The utility grid is aging and outages are increasing. The U.S. experienced 679 major weather-related power outages between 2003 – 2012, including 7 of the 10 costliest storms in American history. At the same time, while overall electricity usage in the U.S. has increased only modestly since 2001—approximately 10 percent according to the U.S. Energy Information Administration—utility revenues have increased more than 50 percent in the same time period.