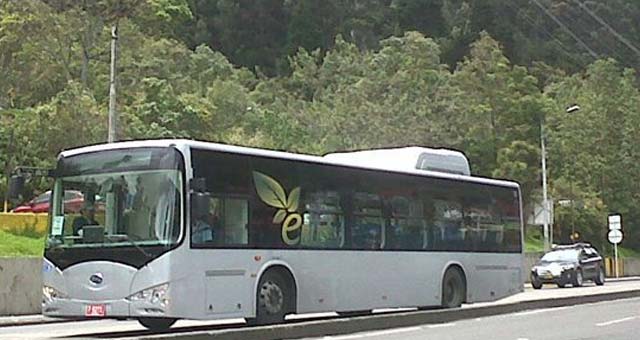 Beginning in March of 2014 there will be two new faces on the streets of Sao Paulo, Brazil. In an effort to introduce non-polluting transportation solutions for the people of Sao Paulo, Sao Paulo Transit (SPTrans) has partnered with the world’s largest electric bus manufacturer — BYD Company Ltd.

Public transportation plays a key role in Sao Paulo commerce. Sao Paulo has one of the largest bus systems in South America with a fleet of over 16,000 buses run by SPTrans. BYD is known worldwide for electric buses, cars, renewable energy solutions and battery technologies, and BYD Motors (the Americas’ entity) will be delivering two new buses to the city for revenue service in first quarter 2014.

With Brazil sponsoring the upcoming World Cup and Olympic Games, they are gearing up to be one of the world’s most sought-after venues.

Sao Paulo Transit has completed a successful pilot program conducted by the city which concluded that the electric bus was effective on over 80% of routes currently in operation.

With an overnight charge (conducted off-peak), the bus was found to have an average of 250 kilometers in operational service.

“Our tests were designed to demonstrate the performance of the e-bus running on the streets of Sao Paulo, such as its braking performance and so on. The electric bus was filled with a weight equivalent to a full load of passengers and run on bus lanes and other designed lines in Sao Paulo,” said Joao Carlos Fagundes, SP Transit Engineering Division Manager.

The buses will be integrated along with 20 current buses operating on Line 509M. This corridor is known as the “Smart Bus” route and hosts amenities such as a WiFi network, news broadcasting, and a smart route maps and information system, making this one of the most technologically advanced bus services in the world. In the second phase, SPTransit will implement a Second Swing Passenger Door version of the bus to accommodate multiple fare collection options as well as reducing load/unload time by 38%. This system integrates 73 buses from 7 different lines of different shapes and sizes including a double-decker model and an articulated model. With SPTransit leading the way in new public transit solutions, and BYD leading the way in battery-electric bus technology, this deal is a match made to change the way the world sees transportation.