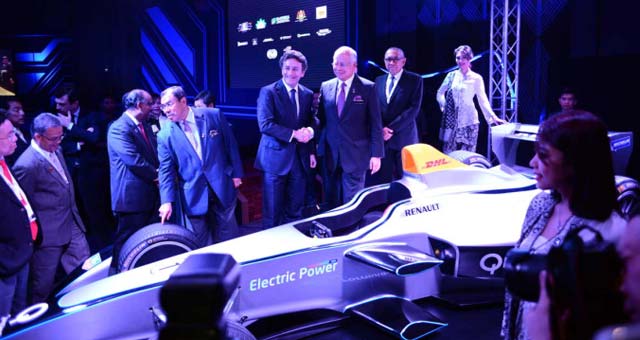 More than 150 invited guests including media, corporate and government sectors were on hand to attend the launch which also saw the new Spark-Renault SRT_01E Formula E car on display – only the second time the fully-electric race car has been shown in Asia.

Formula E is a new FIA Championship using electric single-seater race cars capable of speeds in excess of 225km/h. The series will compete in the heart of 10 of the world’s leading cities including Putrajaya, Los Angeles and London. Ten teams, each with two drivers, will go head-to-head to create a unique and exciting racing series designed to appeal to a new generation of motorsport fan whilst accelerating the electric vehicle market and promoting sustainability.

Dec 18, 2013Blagojce Krivevski
BMW Teams with Iberdrola to Boost Electric-Car Market in SpainVolkswagen e-up! Will Lease For £199 Per Month in the UK